Cuts to Chinese production and inaction by some big mining companies could present an opportunity for WA resources players. 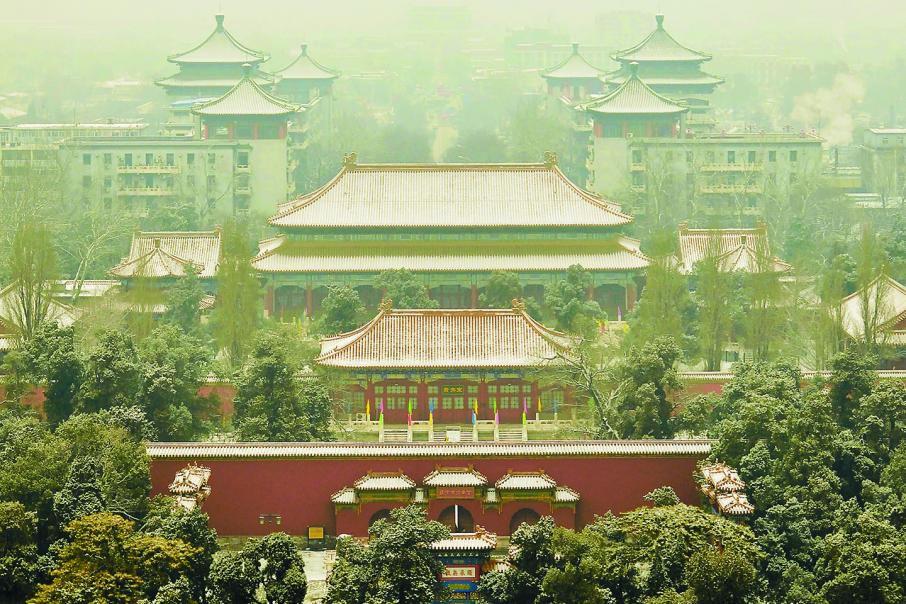 Production of raw materials in China has been cut in response to critical levels of pollution. Photo: Stockphoto

Optimism about the outlook for the Western Australian economy has been growing steadily for the past 12 months, but it could soon accelerate rapidly if events in China are as significant as one of the world’s top investment banks believes.

Goldman Sachs, the firm that led the cheer squad in the last commodities boom, has stuck its corporate neck out a long way by reviving talk of a commodities super cycle.

The reaction to the idea of revisiting a time of record high prices for most minerals and metals (when WA’s economy performed like a sky-rocket and then crashed at the climax) has been muted so far, perhaps because few people have read the Goldman Sachs report, and some who have don’t necessarily believe it.

But what the bank’s analysts have done is join the dots connecting two seemingly separate developments, to arrive at a thesis that could reignite the WA economy.

The first development is China’s great environmental clean-up, a process that is proving popular with residents of heavily polluted cities, especially the capital, Beijing, and which forms one of the planks in the country’s new five-year plan.

Prices have been rising as a result, with copper at a three-year high, aluminium hitting a five-year high last week, and prices for high-grade iron ore not falling, as was widely forecast a few months ago.

The second development is a complete failure of international mining companies to respond to what’s happening in China, despite clear evidence that mines and mineral processing plants in that country are being forced to close, limiting local supplies of raw materials, including iron ore and alumina – two of WA’s top exports.

Missing from the bank’s analysis is a third step – the tight link between China, commodity prices, and the WA economy.

Back in 2002, when the commodities boom was germinating, Chinese demand provided the stimulus for WA’s growth surge.

Today, it’s Chinese domestic supply (or the limits being placed on supply), which could provide the stimulus for the state’s next growth surge, once the mining companies wake up to what’s happening and respond by expanding existing mines and developing new ones.

The Goldman Sachs report was topped by a significant headline, which goes a long way to explaining what’s happening: ‘Underspending their way to the next super cycle’.

Aimed largely at the mining sector, and not the economy of a resources-focused region such as WA, the bank’s forecast of the commodities super cycle making a return is based on the combination of declining Chinese production of raw materials and a preference among Western-world mining companies to reward shareholders with increased dividends, rather than investing in production.

During the past 12 months, Goldman Sachs calculated that operational cash flow of the companies it follows, and that includes the big miners operating in WA such as BHP and Rio Tinto, has risen by 40 per cent, tipping an extra $US20 billion into their coffers.

Rather than spending that windfall on expanding production to replace the Chinese domestic shortfall, however, the dividend payout ratio has surged with an estimated US53 cents of every dollar of the increased cash flow returned to shareholders.

The original super cycle, a term that became discredited when it abruptly ended in 2012, was largely the result of a mismatch between Chinese demand and global supply.

“We contend that we are again in a period of mismatch between demand growth and supply growth, which could facilitate a period of stronger-than-normal commodity prices” Goldman Sachs said.

According to the bank’s research, the last super cycle encouraged more than the expansion of raw material production in commodity-exporting countries such as Australia. Chinese production also surged, but it was largely of sub-standard material.

“Much of the Chinese increase in supply was from low-grade, high-cost, operations with a negative environmental footprint,” Goldman Sachs said.

As the Chinese government forces the closure of its most polluting mines and mineral processing facilities, a door is being opened for international suppliers.

“With Chinese capacity being cut, global supply balances have been taking a beating,” the bank said.

As encouraging as the Goldman Sachs analysis is of the commodity outlook, there are possible pitfalls in assuming that it will be one-way traffic, including the potential for China to re-start its mothballed mines if prices rise too high and the country’s low-cost competitive advantage is threatened.

There is also the prospect of international miners switching back into mine development mode, ensuring a strong supply response – which is the traditional commodities cycle, super or otherwise.

Mining is not the only WA industry on the cusp of a brighter future, with wine producers potentially set to enjoy strong demand in export markets as production in the rest of the world unexpectedly declines.

L’Organisation Internationale de Vigne at du Vin, an official wine and vine body better known by its acronym OIV, has reported that worldwide wine output this year is expected to fall by 8 per cent on the back of a sharp drop in European production.

Italian wine producers are tipped to be suffering a 23 per cent fall. France is down 19 per cent and Spain has dropped by 15 per cent, with the common problem being exceptional weather (frosts followed by drought).

Investment banks have been slowly waking to the weather impact on the European grape crop, with Morgan Stanley predicting the biggest beneficiaries of the shortfall will be producers of premium wines.

“Lower production and the reduced quality of grapes likely means an even greater reduction of the amount of luxury wine being produced,” the bank said.

“We think weak European production is especially timely since demand from China is strong.”