MineSpace flips the script on mine software

New co-working area MineSpace is gearing up to open a portal designed to reduce costs and improve access to software for geoscience consultants and contractors. 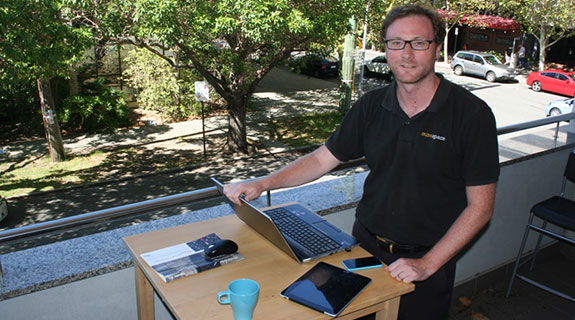 New co-working area MineSpace is gearing up to open a portal designed to reduce costs and improve access to software for geoscience consultants and contractors.

Co-founder Adrian Large said the move was a significant step for the exploration and consulting sector, with software generally only being available for high annual fees.

“Some (software) can be quite expensive, some can be up to $50,000, so if people can rent that for, perhaps $3,000, then they don’t have to take on that cost themselves,” Mr Large told Business News.

MineSpace’s portal, which will launch early next month, will give geoscientists access to software from the sector’s most prominent developers on a pay-per-month basis.

“It’s important in regards to overall affordability for small and medium exploration outfits to get the most out of their own budgets, employees and information by using the best tools,” Mr Large said.

Mr Large said the plan was to globally distribute the portal, while also looking to add more software producers.

He said MineSpace would initially target individual contractors, but to build on that and offer the portal first to small and medium sized businesses, then larger companies.

“It’s important for the industry to seek out new innovations, not wait for someone else to produce them because that day may never come.

“Much of the minerals industry is very advanced in many ways, but in other ways, it’s slow to adapt.

“We want to provide the opportunity for the fast movers to move even faster.”

MineSpace was launched in October last year as a collaborative working space aimed at mining and exploration companies seeking to reduce office-leasing costs.

Mr Large said the software portal was the first in a number of growth initiatives the company has planned over the next few years.