Andrew and Nicola Forrest have rebranded their private company as Tattarang, with the change of name coming soon after several board and executive changes. 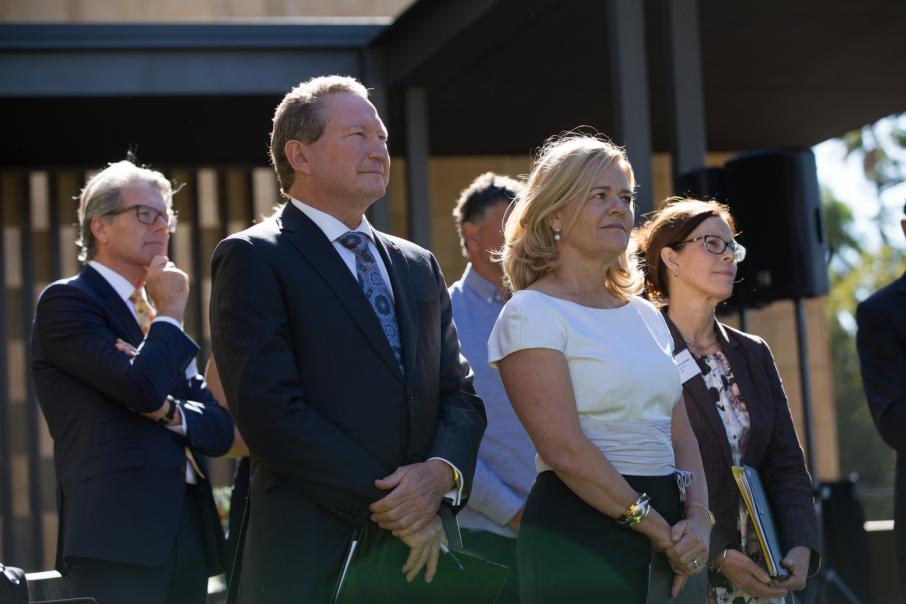 Andrew and Nicola Forrest have changed the name of Minderoo Group to Tattarang. Photo: Attila Csaszar

Andrew and Nicola Forrest have rebranded their private company as Tattarang, with the change of name coming soon after several board and executive changes.

The rebranding will create a clearer separation between the Forrests private business activities and their philanthropic pursuits through Minderoo Foundation.

It was only one year ago they created a separate website for Minderoo Group, which has extensive interests in mining, agribusiness, property and sport.

Tattarang’s major asset is a 36 per cent shareholding in iron ore miner Fortescue Metals Group, which is chaired by Mr Forrest.

Lucrative dividends from Fortescue have enabled the Forrests to pour hundreds of millions of dollars into their philanthropic pursuits.

As well as its stake in Fortescue, Tattarang invests in the mining sector through Squadron Resources and in the farm sector through Harvest Road Group.

The rebranding has occurred in tandem with a corporate restructure, according to recent ASIC filings.

The directors of both companies are Andrew Forrest, Nicola Forrest and Felicity Gooding.

A Tattarang spokesperson said that as a consequence, changes to the officeholders within the Tattarang group of companies are under consideration.

In a statement, Tattarang said the new name paid tribute to a fiery but caring stallion that was owned by Andrew Forrest’s mother at the family’s Minderoo pastoral station during the 1950s.

“The name Tattarang has held a special meaning in our family over many years and was the inspiration to rename our commercial group,” the Forrests said.

“For us, Tattarang signifies the unique bond of trust that is formed between a rider and their horse, and the seriousness each party invests in caring for and protecting the other.”

The Forrests said they wanted business to play a greater role in changing the world for the better.

Their daughter Grace Forrest, who is a director of Minderoo Foundation and co-founder of its Walk Free initiative, added: “The way you earn your money will have a greater impact than the way you choose to give it away. Business is critical to improving the world.”

Minderoo Foundation has seen two notable changes to its board recently.

Andrew Liveris, who was born in Australia but built a global profile as the US-based executive chairman of The Dow Chemical Company, has joined as a non-executive director.

His appointment followed the retirement of Herb Elliott as a non-executive director.

The Minderoo Foundation and Tattarang are in the process of shifting their operations from the former Sunset Hospital site in Dalkeith to the Old Swan Brewery.

The foundation has in excess of 90 staff across six international offices.