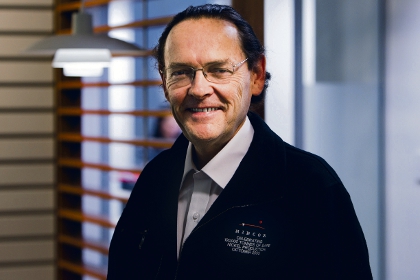 Nickel miner Mincor has capped a busy six months by nudging back into the black, reporting a $350,000 profit for the six months to December 31.

Mincor said its turnaround was largely due to the move to owner-mining at its flagship Miitel and Mariners mines.

The company declared a fully-franked interim dividend of 2 cents per share, maintaining its ten-year run of uninterrupted dividend payments.

Mincor managing director David Moore said the company was pleased to have returned to profitability despite the challenges of the restructuring effort, an ever-softening nickel price and the strong Australian dollar.

“We are looking forward to the next six months, with our restructuring fully bedded-down and production getting underway from high-grade sources at McMahon and Mariners and from our new discovery at Miitel,” Mr Moore said in a statement.

“Mincor is moving into a phase of growth and diversification, with activity set to accelerate at our high-value exploration plays in Papua New Guinea and our Tottenham copper-gold prospect in New South Wales.

“We are fully funded to pursue these exploration opportunities, which represent attractive future growth options for the company – giving our shareholders exposure to the potential of world-class mineral districts.”