Minbos Resources has ended merger talks with its joint venture partner, Petril Projects, after the two companies were unable to agree on certain terms of the proposal. 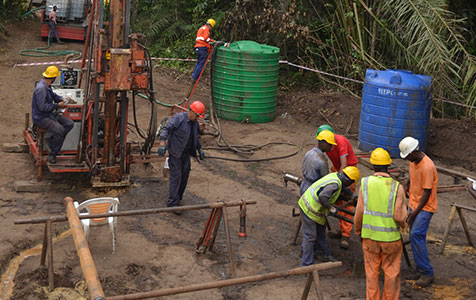 Drilling activities at the Minbos phosphate project in Angola.

Minbos Resources has ended merger talks with its joint venture partner, Petril Projects, after the two companies were unable to agree on certain terms of the proposal.

In a statement, Minbos said the principal terms requiring an agreement by the two parties were escrow conditions for existing and incoming shareholders, with Petril proposing that Minbos’s major shareholders should be escrowed until completion of a bankable feasibility study on the joint venture’s Cabinda phosphate project in Angola.

“The negotiations on the merger were complicated by the difficulties of combining a public listed and private company and the different cultures, both in terms of the needs of the various stakeholders but also the different business culture and approach,” Minbos said.

The two companies currently own an equal 50:50 interest in the Cabinda project, but if the deal were successful, Minbos would have acquired a 100 per cent stake in the project in exchange for Petril obtaining a 50 per cent stake in Minbos.

Chief executive Lindsay Reed said although it was disappointing not to proceed with the merger, Minbos shareholders will still have a 50 per cent interest in the project, which included the Cacata deposit.

“Minbos will now focus on the commencement of the feasibility study for the Cacata deposit through the joint venture with Petril,” he said.

Minbos shares have been suspended from trade since August 21.