Mineral Resources has struck a deal to sell a 50 per cent stake in its Wodgina lithium project for $US1.15 billion ($1.6 billion), with the company set to form a joint venture with US outfit Albemarle Corporation. 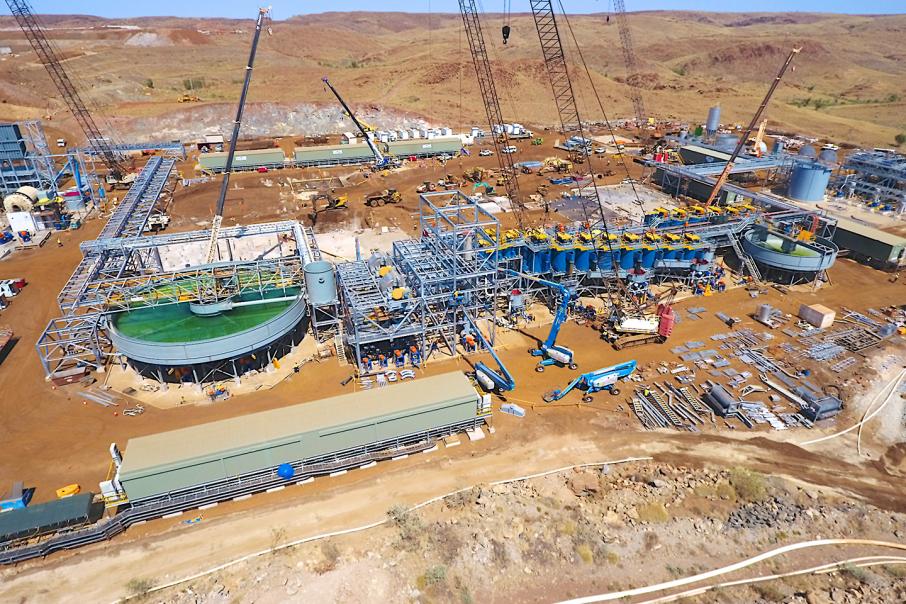 MinRes began construction of the facility in March.

Mineral Resources has struck a deal to sell a 50 per cent stake in its Wodgina lithium project for $US1.15 billion ($1.6 billion), with the company set to form a joint venture with US outfit Albemarle Corporation.

Under the deal, Albemarle will pay cash for half ownership of the Pilbara project, including all fixed infrastructure, the concentrate plant and mobile mining equipment.

Chris Ellison-led MinRes is planning a three-train processing facility at Wodgina, with a capacity of 750,000 dry metric tonnes of 6 per cent spodumene concentrate per annum.

The company began construction of the facility in March, with commissioning of the final train forecast for completion in the fourth quarter of the 2019 financial year.

The JV will also build a lithium hydroxide processing plant in two stages, with the first stage expected to produce at least 50,000tpa of lithium hydroxide, while the second stage will bring production up to 100,000tpa.

The spodumene concentrate will be used as feedstock for the lithium hydroxide plant.

The deal comes two weeks after Business News reported that Albemarle decided to bring forward the construction schedule for its $1 billion lithium plant at Kemerton near Bunbury.

Albemarle’s long-term plan is to build five processing trains at Kemerton, to produce up to 100,000 tonnes of lithium hydroxide.

The Kemerton plant will process ore from Talison Lithium’s Greenbushes mine, which is jointly owned by Albemarle and Chinese company Tianqi Lithium.

Under the Wodgina agreement, MinRes and Albemarle will jointly fund, design, build and operate the processing plant.

Albemarle will make its lithium hydroxide plant designs available to the JV and the US company will manage the marketing and sales of lithium from Wodgina.

The deal remains subject to board approvals by both parties.

The two companies will jointly manage the JV through a company to be owned in equal shares.

The deal does not include iron ore and tantalum rights at Wodgina.

MinRes managing director Mr Ellison said in a statement that the agreement was a good fit for both companies.

"I am confident that with MRL and Albemarle working together at Wodgina, we will produce and supply high quality, competitively priced lithium products into the market to meet increasing global requirements for these important energy storage products," he said.

"I look forward to working constructively with Albemarle to promptly conclude negotiation and execution of binding documentation for the establishment and operation of the joint venture."

MinRes had previously announced that it was looking to sell a minority stake in the project.

Speaking at today's annual meeting, Mr Ellison said it made sense to have a 50-50 agreement.

“It just makes a lot more sense to have equal say when we’re sitting around the table," he said.

“One doesn’t have the fear of being dictated or dominated.

“Lithium is only part of the Mineral Resources business going forward and if I can put this with the right partner it’s a very solid pillar of the business for the next 20 to 30 years.”

The company also provided guidance for earnings before interest, taxes, depreciation and amortisation of between $280 million and $320 million, with mining services to provide $240 million to $260 million of the EBITDA result.

MinRees was advised by Macquarie Capital and Gilbert + Tobin.

An analyst's note from Foster Stockbroking said the earnings guidance partially took the shine off the Wodgina sale announcement.