Mineral Resources has lifted its interim dividend by 335 per cent to $1 per share after posting a strong increase in interim profit. 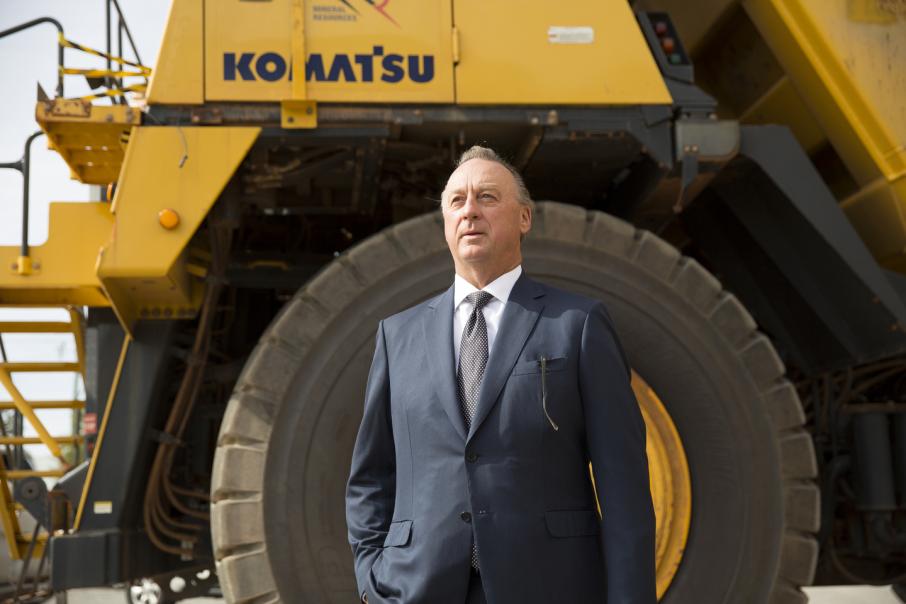 PAYOUT: Chris Ellison will get a $22 million dividend cheque.

Mineral Resources has lifted its interim dividend by 335 per cent to $1 per share after posting a strong increase in interim profit.

The diversified miner and contractor has been a major beneficiary of boom-time iron ore prices, with iron ore sales volumes also setting a record.

The company reported a statutory net profit after tax of $519 million for the half-year to December 2020.

Its underlying NPAT was $430 million, up 233 per cent on the previous corresponding period.

A guide to the company’s earnings strength was its underlying earnings before interest, tax, depreciation, amortisation and impairment (EBITDA), which increased 131 per cent to $763 million.

The $1 per share interim dividend equates to a payout of $188 million.

Managing director Chris Ellison will be a major beneficiary; his dividend cheque will be $22.1 million.

The group retained cash balances of $1.1 billion at December 31, providing financial capacity to fund the continued expansion of its iron ore mining and other operations.

Total capital expenditure for the financial year is expected to be $600 million, including spending of $126 million on the new Wonmunna iron ore mine in the Pilbara.

The company is also aiming to start development of its Kumina-Bungaroo South iron ore project in mid 2021, subject to getting final approvals.

This will add between 25 million and 30 million tonnes to its production capacity.

Operational highlights for the half year included 7.9mt of iron ore exports, an increase of 17 per cent.

The company had record spodumene volumes at its Mt Marion mine, up 36 per cent, but the operation was only break-even (on an EBITDA basis) because of lower prices.

Its mining services production volumes, which include third-party crushing and haulage contracts, were up 23 per cent.

Mr Ellison said it had been a very successful six months for the company and paid credit to its 4,000 staff.

“Despite the backdrop of COVID-19, Mineral Resources has delivered outstanding operational and financial performance in the December half, demonstrating the strength of our business and the ability to maximise returns when commodities like iron ore are doing well. It also vindicates our decision to invest heavily across our iron ore business during the past few years,” he said.

“Likewise, Mt Marion has outperformed during this period to deliver record production volumes at lower costs, a remarkable achievement for a spodumene operation in what has been a challenging market.

“Pleasingly, we are seeing some positive signs in the lithium market and Mineral Resources is well positioned to benefit from this commodity’s upturn as the world renews its focus on green energy and demands greater volumes of high-quality spodumene concentrate.”

The company’s shares are trading 1.6 per cent lower today at $36.38. That follows big share price gains over the past year.