The state-wide truck driver shortage has officially reached the mining industry, with Mineral Resources announcing this morning that iron ore was sitting idle amid 'haulage constraints'. 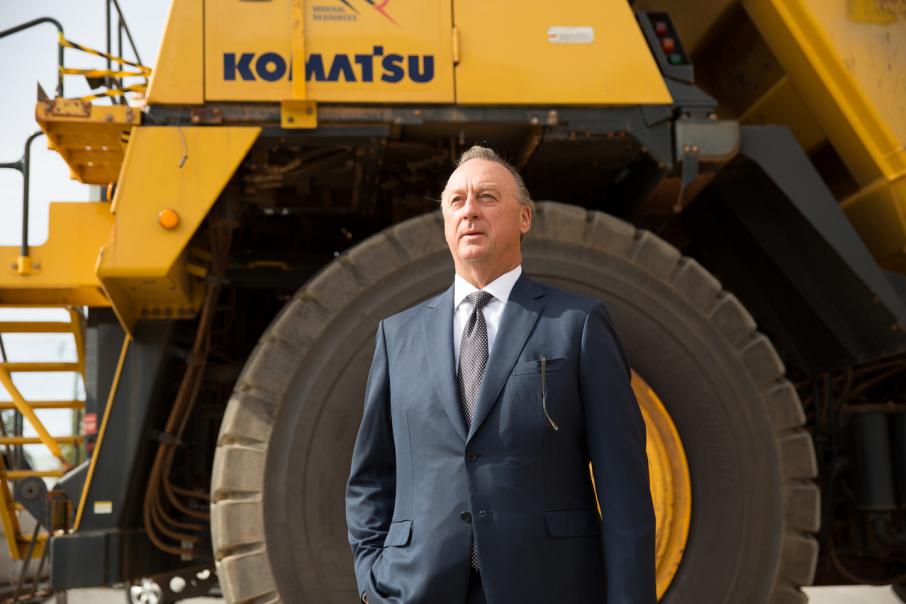 Mineral Resources, which is led by Chris Ellison, is the latest company to bear the brunt of the state-wide truck driver shortage.

The mining industry is the latest to bear the brunt of the state-wide truck driver shortage, with Mineral Resources announcing this morning it would be adjusting its shipment predictions because iron ore was sitting idle amid major haulage constraints.

In a quarterly mining and explorations report released on the ASX this morning, Mineral Resources, which is led by Chris Ellison, confirmed that it had only been able to export about 85 per cent of the 10.1m wet metric tonnes (wmt) of iron ore it had produced in the past six months because of the haulage constraints posed by a state-wide truck driver shortage.

The company estimated that the shortage had resulted in 10,000 wmt sitting idle each day.

The company put the shortage down to the unplanned state border closures in the wake of COVID-19.

The report comes just hours after the state’s peak trucking body vowed to push for a meeting between industry and government, stating that agriculture, mining and transport could not continue fighting for the same diminished labour pool.

Just yesterday, Western Roads Federation chief executive officer Cam Dumesny told Business News the industry was grappling with a shortage of more than 1,000 truck drivers, a shortage he warned was growing and could have significant implications.

Those concerns were realised just last week after grain handler CBH reported that it was struggling to meet shipping commitments because transportation issues were preventing it from getting grain to ports.

With skills shortages across the freight and logistics sector, Mr Dumesny said he believed it was time for the major sectors affected, including agriculture, mining and the cold supply chains to sit down with the government and forge a plan forward.

The Senate's Rural Regional Affairs and Transport References Committee will begin its inquiry into the road transport industry early next week, which is expected to look at award rates, working standards, training and career pathways and the importance of a viable, safe and efficient road transport industry.