Mineral Resources is a step closer to developing its bulk ore transport system (BOTS) in the Pilbara after the project was recommended for approval by the environmental watchdog. 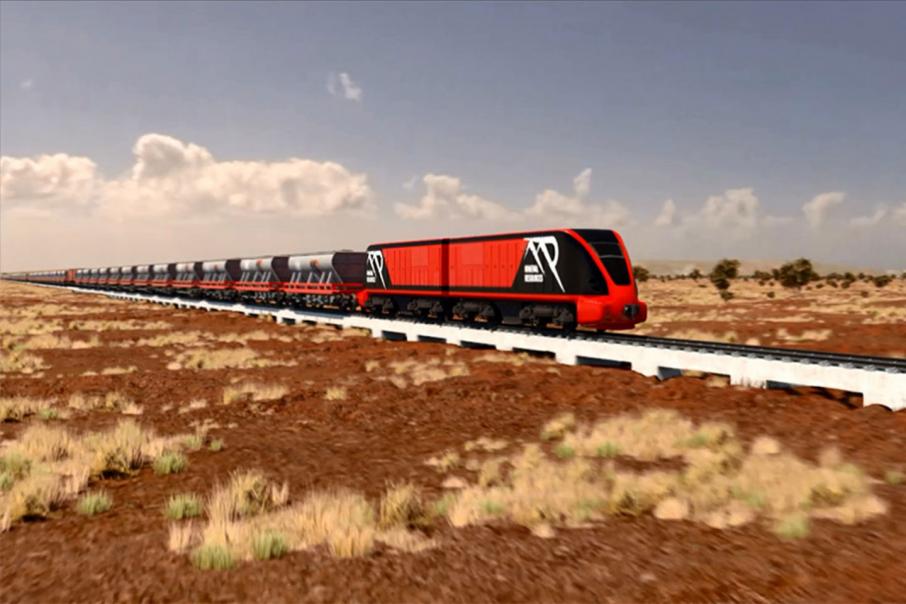 An artist's impression of Mineral Resources' BOTS project in the Pilbara.

Mineral Resources is a step closer to developing its bulk ore transport system (BOTS) in the Pilbara after the project was recommended for approval by the environmental watchdog.

The BOTS project is an above-ground rail structure that MinRes will use to transport iron ore mined at the Iron Valley project near Newman to the Port Hedland inner harbour, which is about 330 kilometres away from the mine.

Iron Valley is operated by MinRes but lies on tenements held by BC Iron.

The wagons and power cars will use a diesel and gas combination power generation system to transport the ore.

The project will be autonomously monitored from a Perth-based control centre.

Dr Hatton said the design of the proposal meant there would be less clearing and interruption to water flows than with traditional heavy haulage railway infrastructure.

“This proposal is an example of how innovation can avoid or minimise impacts to the environment,” he said.

“The conditions we have recommended will ensure impacts to conservation significant flora and vegetation and fauna species are minimised.

“Other conditions stipulate the requirement of a management plan for the rehabilitation and decommissioning of the proposal.”

Dr Hatton said offsets had been recommended to counterbalance the significant residual impact of a loss of ‘good to excellent’ condition native vegetation.

The proposal will be put forward to the environment minister for final approval.

MinRes had been targeting early 2016 for a final investment decision on BOTS, but a recent presentation released by the company revealed a softer stance on both its BOTS and bulk ore shuttle system (BOSS) projects.

“The timing and location of BOTS’s or BOSS’s first implementation will be assesses in the context of current market conditions and return on invested capital compared with alternative potential projects and uses of capital.”

In September last year, MinRes deployed its super-quad haulage road trains to Iron Valley, which have the capacity to carry a larger payload (138 tonnes) than conventional road trains (110t).

MinRes is weighing up deploying further super-quads into operation, while another project is underway to improve safety while increasing payloads by another 9 per cent, to 150t per load.