Mineral Resources has reported a strong lift in earnings and dividends and outlined plans to double iron ore exports if it gains approval for a new port development. 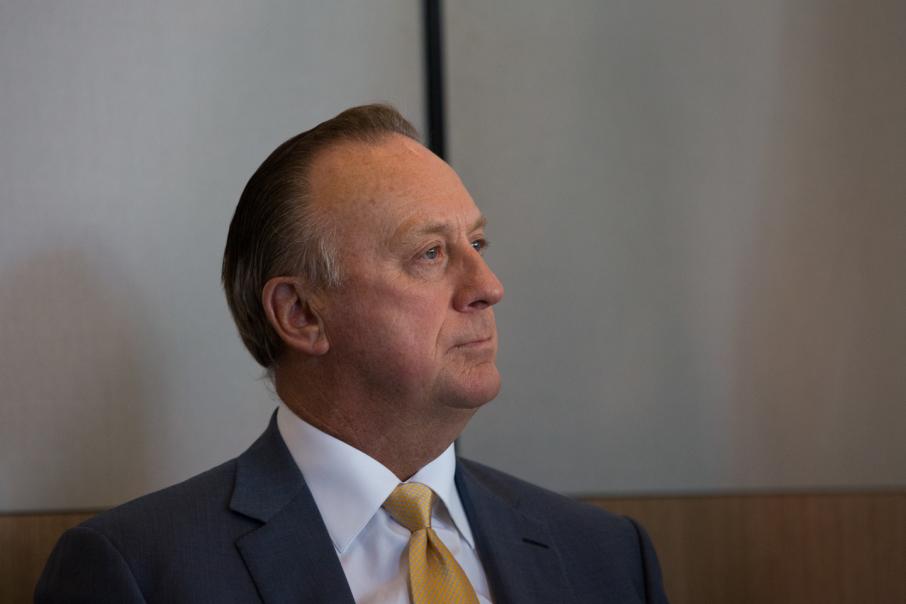 Mineral Resources has reported a strong lift in earnings and dividends and outlined plans to double iron ore exports if it gains approval for a new port development.

The company reported a 63 per cent increase in underlying net profit to $334 million.

After adjusting for the one-off after-tax gain from the sale of an interest in its Wodgina lithium project and various impairments, statutory profit was $1 billion.

The company declared an unexpectedly large 77 cents per share final dividend, taking the full-year payout to $1 per share.

That was a relatively small pullback after the stock more than doubled over the past few months to an all-time high closing price of $28.83 on Tuesday.

The increased profit was underpinned by higher revenue in both the mining services and commodities divisions.

The group’s iron ore exports totalled 14.1 million tonnes, up 33 per cent on the prior year.

This growth, combined with some external contract wins, bolstered the group’s mining services production volumes, which were up 65 per cent year on year.

Chief executive Chris Ellison said one of the highlights of the year was the company’s ability to continue operating without being adversely affected by COVID-19 restrictions.

Looking ahead, the group is planning to increase capital expenditure to $400 million in the current financial year.

Chief financial officer Mark Wilson told a conference call this was an investment to sustain growth and that capex would not continue at that level.

Mr Ellison said one of the big growth opportunities was a plan to increase iron ore production.

The group has forecast volumes will increase to about 20mt in the current financial year, split between its Koolyanobbing and Iron Valley operations.

Mr Ellison said the group was aiming to double that again, but this was dependent on getting state government approval to develop berths 3 and 4 at South West Creek at Port Hedland.

“We intend to own and operate our own port infrastructure in the Pilbara,” Mr Ellison said.

“We are working on that at the moment.”

“The opportunity to get more (iron ore) into the market has a finite time.

“We need to start working on these projects this year.”

Mr Ellison said the company had demonstrated it has the ore bodies and funding to develop the new berths as a stand-alone project.

The extra ore is likely to come from its proposed West Pilbara project, 380km from Port Hedland, while its Marillana project (also in the Pilbara) is another growth option.

Mr Ellison's comments mark a shift from February, when the company said it would bring in an equity partner for its proposed port and rail infrastructure to West Pilbara.

Since then, the famously congested inner harbour at Port Hedland has become even busier.

Hancock Prospecting subsidiary Atlas Iron is one of several companies to have previously expressed interest in developing South West Creek.