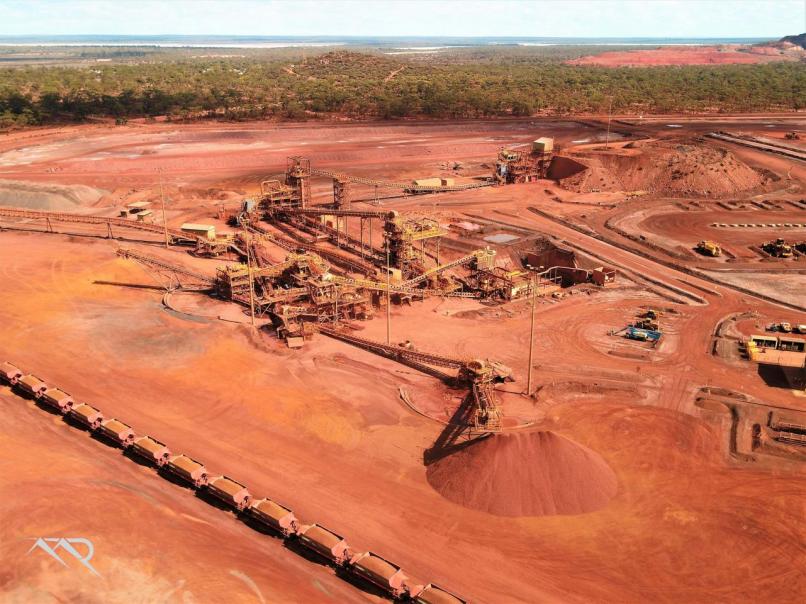 MinRes' iron ore production over the June quarter was up 36 per cent on the same time last year. Photo: Mineral Resources

Applecross-based MinRes, which operates iron ore mines in the Yilgarn and Pilbara regions, said it had produced 4.2 million wet metric tonnes (wmt) of iron ore in the three months to June 30, up 36 per cent on the same time last year.

That includes 7.4m wmt from the Koolyanobbing mine in Western Australia’s Yilgarn region, in line with guidance, MinRes said.

Exports from the company’s Iron Valley operations in the Pilbara were also in line with guidance, contributing 6.7m wmt to its total FY20 shipments.

MinRes said it had received average iron ore revenue of $US84 per dry metric tonne (dmt) during the quarter, which was 12 per cent higher on Q3.

The company’s lithium operations also performed well in the three months to June 30, having produced 146,000 wmt and recorded shipments of 114,000 wmt of spodumene concentrate.

MinRes is due to release its full-year results on August 19.

Meanwhile, Western Areas says it has produced 5,259 tonnes of nickel in concentrate in the three months to June 30, contributing to the company’s full-year output of 20,926t.

Managing director Daniel Lougher said, despite the shortfall, the company’s assets had operated “reliably and consistently”.

He said exploration at the West Gawler nickel project in South Australia was beginning to show its potential as a new base metal region, noting recent drill results that had intersected more than 200 meters of nickel and copper sulphides.

MinRes said follow-up work would be the focus over the coming quarter.

The company said its Forrestania and Cosmos nickel operations in WA were not materially affected by COVID-19.