Improving the flow of medical data is at the forefront of three technology projects aiming to reduce health-care demand. 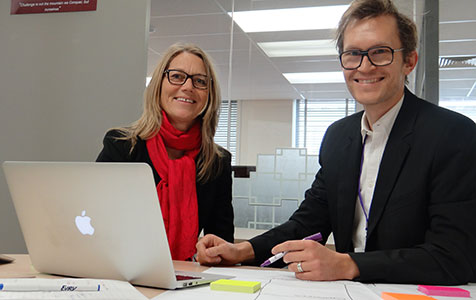 THE 2010-11 federal budget included a $466 million commitment to establish a digital system that would provide every Australian with access to their own medical data.

The personally controlled electronic health record (PCEHR) was launched in July 2012 and, as at September this year, 924,623 people across Australia had signed up.

Only about 62,000 of those were in Western Australia.

The then Labor government’s initiative, aimed at reducing burden on the healthcare system by encouraging people to take control of their health, was ambitious, and many similar attempts have failed.

Normally considered an advanced nation in terms of technology, the US has only a handful of examples of similar systems. However these are limited to specific health insurers, technology giants such as Microsoft, or are created to service specific segments of the population.

Google even launched a version of a patient-controlled health record in 2008 but dropped its ‘Google Health’ project in 2011, citing lack of interest from the general population.

Announcing the service’s demise, a post on Google’s official blog said: “There has been adoption among certain groups of users, like tech-savvy patients and their caregivers, and more recently fitness and wellness enthusiasts.

“But we haven’t found a way to translate that limited usage into widespread adoption in the daily health routines of millions of people.”

It’s a similar story in the UK, where the most advanced use of personally controlled electronic health records is limited to small-scale trials.

Despite these examples from overseas, the federal government committed a further $161 million to the PCEHR project over three years in the 2012-13 budget.

The vision is for the PCEHR to be a vault of information that patients and clinicians can add to and share – both with each other and, more importantly, between healthcare providers.

The rationale behind this thinking is that, if more information is shared throughout the healthcare system, treatment will improve and unnecessary hospitalisations can be avoided.

Acting chief information officer of the Western Australian Department of Health, Andrew Robertson, concedes the uptake from consumers has been slow, but said that hadn’t been helped by the project’s requirement for patients to opt-in, rather than the converse argument for an opt-out rollout.

“It’s probably more difficult to convince people of the benefits of an opt-in system; it’s a bit of an unknown and people may not appreciate the benefits that accrue from it,” Dr Robertson says.

“The benefits are only starting to accrue now and, as this system continues to develop over time, we’ll start to see more and more benefits coming from it.”

The system requires patients to not only register and be involved in the information process, but to consent to their information being shared between providers.

While the PCEHR’s developers target greater usability and take-up, a similar system focused on improving the flow of patient information has been operating in WA for six years.

The MMex platform was developed by the University of Western Australia’s Centre for Software Practise and was launched in collaboration with the Great Southern GP Network in 2007.

It now holds 300,000 patients’ medical data, which can be shared by general practitioners, specialists, hospitals, aged-care facilities and allied health providers across the state; the only missing link is a portal giving patients access to the data.

MMex developer David Glance says the federal government’s decision to start from scratch rather than taking advantage of the existing system was an inefficient use of taxpayer funds.

“When the government starts these projects they have their own way of going about it; (they) went through our process and decided the PCEHR was the best approach,” Professor Glance told Business News.

Instead, the MMex team has struck a commercial deal with ISA Technologies, making the Bentley-based company the sole distributor of the platform in Australia, Asia and New Zealand.

While the UWA team focused on improving the flow of information between healthcare providers to develop MMex, fledgling start-up Aegle Life has looked at the consumer-focused link.

It’s developing an easy-to-use digital platform that should enable people to upload healthcare information from the multitude of healthcare monitoring devices on the market.

Gry Stene heads Aegle Life with Jonas Peterson, who says the motivation is to give consumers more data and control over their health to prevent the onset of chronic diseases.

“It’s about capturing these signs of health risk at an early stage and then you can do something about it, which is less drastic than being hospitalised,” Mr Peterson says.

Formed last July, the Fremantle-based company plans to trial the platform in partnership with the University of Adelaide in the first part of 2014 to prove the concept.

They haven’t ruled out the possibility of integrating with the government’s PCEHR, but said the focus was on giving consumers control of their health, rather than providing treatment solutions or creating a full electronic medical record.

“Our focus is on helping people change their behaviour and habits to live a healthier life,” Mr Peterson says.