Millions back in pocket of former 'dead tenement' holders

The Department of Mines and Petroleum says it will return millions of dollars in unconditional performance bonds associated with dead tenements to mining companies and individuals through its rehabilitation fund program. 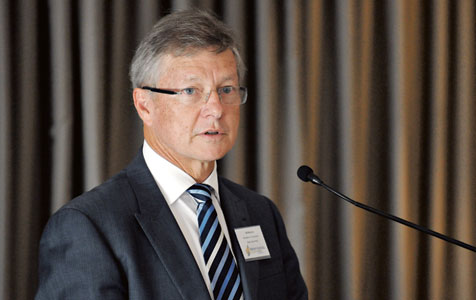 The Department of Mines and Petroleum says it will return millions of dollars in unconditional performance bonds associated with dead tenements to mining companies and individuals through its rehabilitation fund program.

Dead tenements occur when a former holder no longer has exploration or mining rights over the area of land.

Mines and Petroleum Minister Bill Marmion said the department was in the process of returning more than $6 million in bonds to former tenement holders.

“At the beginning of 2014, the department was holding almost $11 million in unconditional performance bonds for nearly 400 dead tenements,” he said.

“These dead tenements cannot enter the mining rehabilitation fund, so the bonds can only be returned to the dead tenements’ former holders once the department is satisfied that any land disturbance has either been fully rehabilitated, or absorbed into another mining operation.

“The department has been investigating each dead tenement and, where it is satisfied that rehabilitation has occurred or the tenement has been absorbed, the bonds are being retired and returned to the former holders,” Mr Marmion said.

The department said that any bonds left remaining on dead tenements would eventually be called in to assist with future rehabilitation of the outstanding sites.

Mr Marmion said the MRF had been acting as an incentive for ongoing rehabilitation.

“The state government’s contingent liability for rehabilitation of legacy abandoned mines has been reduced from potentially $5 billion down to zero,” he said.

“Many operators have seen a reduction in annual operating costs and those with a rehabilitation liability of less than $50,000 aren’t subject to the annual levy, meaning that funds are freed up for further investment.”