Millennium Minerals has kicked off a $21 million capital raising to pay off its debt and fund an ‘aggressive’ exploration campaign at its Nullagine gold project in the Pilbara. 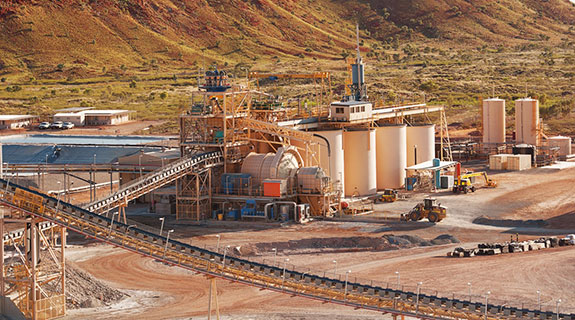 Millennium Minerals has kicked off a $21 million capital raising to pay off its debt and fund an ‘aggressive’ exploration campaign at its Nullagine gold project in the Pilbara.

Millennium is conducting a 4 cents per share participation offer to raise $20 million, representing a 43.9 per cent discount to the company’s 30 day volume-weighted average price, which has been underwritten by lead manager Argonaut.

The slump in shares follows a recent spike in August, rising from 2.7 cents a share early in the month to just under 6 cents each by mid-August, when the company announced a resource upgrade and cost reduction at Nullagine.

Millennium shares were hovering around 3.2 cents each in the year to August.

IMC has committed to subscribe for at least $7.3 million of the raising to retain its 34.6 per cent stake in Millennium, but it stands to increase its stake to 72 per cent if it is required to meet its full underwriting commitment.

Millennium can also choose to accept an additional $1 million in oversubscriptions.

If the raising is successful, Millennium will use $14 million of the proceeds to pay off its remaining debt to IMC, and become debt-free by March next year.

Millennium plans to use the remaining funds to launch an ‘aggressive’ exploration campaign at its Nullagine project.

“We will be in a strong financial position with relatively little debt and strong cashflow from existing production at Nullagine,” chief executive Glenn Dovaston said.

“We also have a supportive cornerstone shareholder in IMC and we will have the funding needed to underpin an extensive exploration program across our highly prospective but barely explored land holding.”

Millennium recently increased its projected gold production at Nullagine by 11 per cent for the 2015 financial year, to between 88,000 ounces and 93,000oz, while all-in sustaining costs had been reduced to between $1,190 per ounce to $1,240/oz.

Bellanhouse Legal acted as legal adviser to the capital raising.