WA’s population growth rate has slowed, but the state and the country as a whole is still growing fast and in ways that have profound implications. 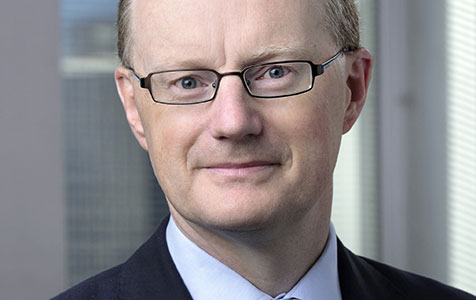 WA’s population growth rate has slowed, but the state and the country as a whole is still growing fast and in ways that have profound implications.

Among the oft-quoted statistics used to describe Western Australia in recent years is that 1,500 people a week are moving here.

It’s a number that helped to explain pressure on the state’s infrastructure – the congestion on our roads, the filling of our commuter trains and the expansion of our urban fringe.

The latest population data from the Australian Bureau of Statistics reveal a changing picture.

WA is still growing fast – the state’s population rose 3.1 per cent in the year to September.

That put it well ahead of the rest of the country – Australia’s population grew by 1.8 per cent over the same period.

Digging a little deeper into the latest quarterly data reveals some big changes.

Natural increase, as expected, continues to be a steady contributor to the state’s population growth.

International migration is also continuing at a brisk clip, with about 11,000 people moving here in the September quarter, in net terms.

But net interstate migration has fallen sharply. Only 578 people moved to WA in the September quarter, in net terms.

That’s down from a peak of 3,395 in the March 2012 quarter, and is actually a return to the traditional pattern.

WA has never attracted large numbers of interstate migrants; in many years, the state has had a net loss of people to interstate.

Adding together the interstate and international migration figures for the September quarter tells us that about 890 people are moving WA per week – or about 50,000 per year.

Like the resources construction boom that has driven so much change in this state, the population numbers have come off the boil but are still growing at a reasonably healthy rate.

To really appreciate the significance of demographic trends in WA and the rest of Australia, it’s handy to refer to a fascinating paper delivered this month by Reserve Bank of Australia deputy governor Philip Lowe.

He said that Australia’s population has grown by about 9 per cent over the past five years.

In contrast, the OECD countries – mainly Western, affluent countries – are growing at only around one-third of the Australian rate.

Some OECD countries, notably Japan, have actually experienced a decline in their population.

With Japan being WA’s second largest export market, such an outcome is bound to have serious implications for business in this state.

Australia’s rapid growth has delivered a very diverse population – about 28 per cent of Australians were born overseas, about the double the rate in most other countries.

Despite high immigration, Australia is still facing the prospect of an ageing population.

The share of the population of working age – between 15 and 64 years – is in decline.

The ageing trend is already manifest in a declining participation rate – less people being part of the labour force.

People looking for business opportunities, and long-term challenges, need look no further than these population statistics.