The extent of the cost increase on the Midland Station project has been revealed, with the project value having almost doubled from $165 million to $315 million. 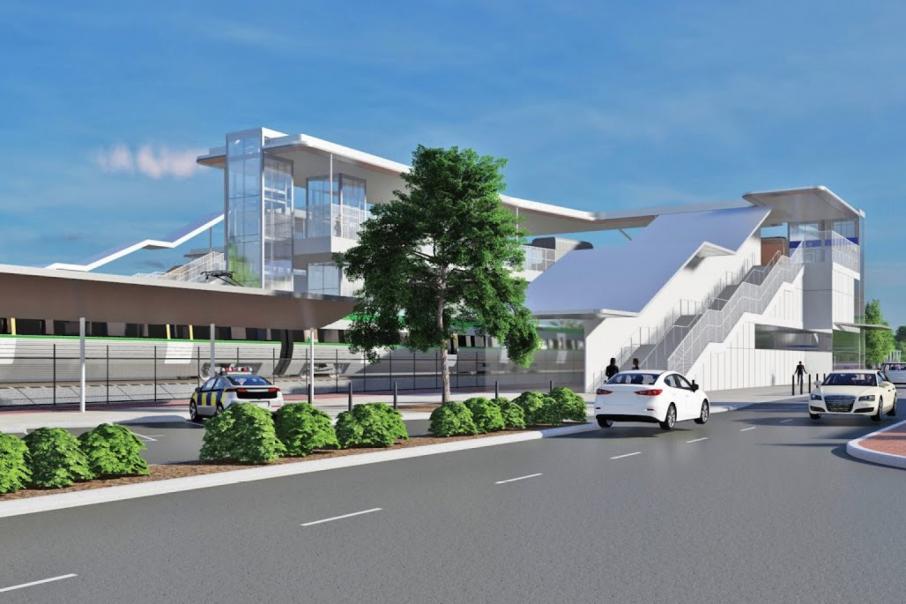 The state government has revealed the extent of the cost increase on the Midland Station project, with the value of the redevelopment having almost doubled from $165 million to $315 million.

That cost includes a $246.7 million design and construction contract, which Transport Minister Rita Saffioti announced this morning had been allocated to a consortium led by South Africa's McConnell Dowell.

The contract, which is almost 50 per cent higher than the initial project cost, involves the demolition of the 53-year-old station and the design and construction of a three-platform face station in the town centre, featuring a 12-stand bus interchange, a 600-bay multi-storey car park, a pedestrian overpass, toilets and a kiosk.

As part of the project, the line will also be extended to Bellevue.

The Midland Station redevelopment was initially projected to cost about $165 million, with both the state and federal governments contributing $82.5 million.

However, it became clear that was likely to rise in December last year, when it became one of three of the McGowan government's flagship Metronet rail projects to share in an extra $600 million from the state and federal government.

At the time, the government attributed the increase to general inflationary cost pressures in the construction market and changes to the scope of the projects.

According to the federal Department of Infrastructure, Transport, Regional Development and Communications, the estimated project cost is now $315 million.

The federal government has contributed $157.5 million.

Early work on the Midland project, which is being led DevelopmentWA, is due to start later this year and support 3,700 passenger boardings a day by 2031.

The station is expected to open in late 2024.