WESTERN Australian building and construction companies are continuing to seek opportunities in the Middle East, despite the region's once brightest star, Dubai, continuing to fade. 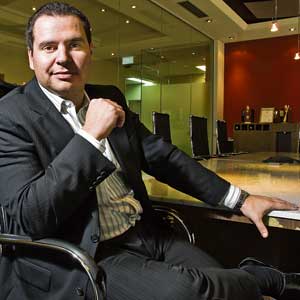 WESTERN Australian building and construction companies are continuing to seek opportunities in the Middle East, despite the region's once brightest star, Dubai, continuing to fade.

Until recently, Dubai has been a centre of international investment, growth and activity across a range of industries, with significant residential and commercial construction projects at the heart of the boom.

But the United Arab Emirates city has not been immune to fallout from the global financial crisis, including its construction market.

However, other centres in the UAE, and nearby countries, are presenting significant opportunities.

Belmont-based property development and construction company Diploma Group recently signed a memorandum of understanding with Middle Eastern outfit Baniyas Investment & Development Company for the construction of a multi-use residential development in Abu Dhabi, the capital of the UAE.

"It's pretty huge in comparison to what's around in terms of work in WA and Australia at the moment," Mr De Latte told WA Business News.

"It will be our first contract on foreign soil, prior to that all our business has been in WA."

Diploma will begin construction on phase two of the project, which will include 172 villas and 13 apartment complexes ranging in height from seven to eight levels, in September.

"We looked at expanding to the eastern states first and then making a move offshore, but given our geographical location on the west coast, going to the Middle East is far easier," Mr De Latte said.

"I know there's been a lot of bad press recently with what's been happening in Dubai ... but it's still the most active area in the world.

"We're in construction so it's logical for us, particularly as a public company to look at a market like the UAE and the Middle East generally."

And it's not just residential projects that are presenting themselves.

"At the moment we're exploring constructing a small stadium, in Abu Dhabi as well, that will seat anywhere between 10,000 to 15,000 seats," he said.

Late last year, engineering firm VDM Group announced plans to expand its services into the UAE beyond its current consulting role for the Nakheel Tower in Dubai, stating the region still offered significant opportunities for the company.

JV Global managing director Terry Opie believes Dubai is currently in a "diabolical" state and it won't recover for at least five years.

The steel building products manufacturer currently has a joint venture with the royal family in Sharjah, a province located on the edge of Dubai, servicing the local construction industry.

"Nothing's going to happen there [in Dubai], there's lots of horror stories, but certainly Abu Dhabi is going ahead," Mr Opie said.

"If you talk to anyone in the region the big market is Saudi Arabia - 26 million people, 70 per cent under 30, there's a current demand for 2 million affordable houses.

"Between now and 2015 there's a million affordable houses to be built in Saudi."