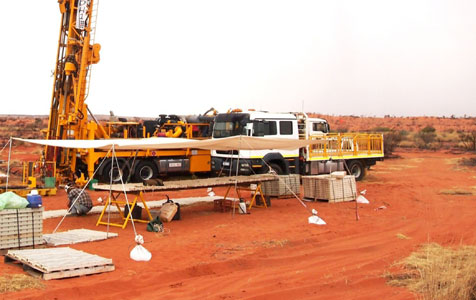 Midas Resources has launched a $2.16 million capital raising plan to fund the expansion and exploration at its Lake Carey and Patersons province gold projects.

Midas announced today it would undertake a fully underwritten, four for one rights issue priced at 0.1 cents per share.

“The support of Patersons Securities as lead manager in underwriting the issue strongly reflects the quality of the company’s assets, its board and management, and that the company will be well-positioned to take advantage of opportunities to increase shareholder wealth in the current market,” Mr Hopkins said.

Proceeds from the rights issue will be used to fund expansion and development at the Lake Carey gold exploration project, as well as the Paterson project and general working capital.

The rights issue will be open until May 7.

At close of trade today, Midas shares had tanked 25 per cent, trading at 0.3 cents.