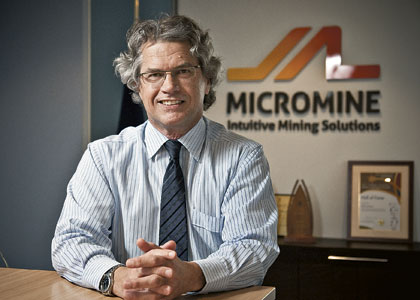 ON THE MOVE: Kevin Fitzpatrick says Micromine will continue its offshore expansion, with a particular focus on developing the business in South America next year. Photo: Grant Currall

Founded in Perth in 1986, software developer Micromine has grown from a three-person operation to more than 235 staff globally, with offices in 18 of the world’s major mineral producing capitals.

Micromine develops a range of mining software solutions spanning the mining process, from geological exploration to mine production management, and now provides its software to more than 12,000 companies.

The company also has a consulting arm, Micromine Consulting Services, which produces ‘competent persons’ reports that comply with the JORC code and other international and local reporting standards.

Despite its growing international profile, Micromine chief operating officer Kevin Fitzpatrick said the company had experienced its fair share of challenges over the past 25 years.

The downturn in mining in Western Australia in the early 1990s, the global financial crisis and the difficulties in finding the right staff in the current growth phase in the resources sector have all affected the business.

Mr Fitzpatrick joined Micromine in 2008 after working for many years as a chartered accountant. He said the first decade in business was one of hard work and gradual growth for the company.

“The growth of the company for the first 10 years was probably like many companies that size, you would put in resources where you could afford to and if you sold a product that was a bonus and you could continue with product development that month,” Mr Fitzpatrick said.

“Plus, there was a real downturn in mining in the early 1990s, which also made things very difficult for the company and staff numbers were reduced back to that core three or four people.”

It was during this time, managing director Graeme Tudor decided to target overseas markets, opening an office in Jakarta, Indonesia, followed by offices in South Africa and Vancouver, Canada.

The company grew at a faster rate in the early 2000s on the back of expanding exploration and mining activity, hitting turnover of $10 million in 2005.

Mr Fitzpatrick said the board had been considering the possibility of listing the company on the Australian Securities Exchange when he joined three years ago.

“At the time, they were looking for a number of staff throughout the organisation with larger-company experience to give them a bit of a leg up in that IPO process,” he said.

However, when the GFC hit in September 2008, the company dropped the float plan.

“I’d say 2008 was probably the worst timing ever to do a float, so that all got shelved, which in a way was timely, because my assessment of Micromine when I came in was it wasn’t ready,” Mr Fitzpatrick said.

“When the GFC hit, sales took a dive but because we were geographically spread and not restricted to one main region, the GFC hit in different places in the world at different rates,” he said.

“China and Mongolia continued on as if nothing had happened, Australia and the US were hit really hard and South Africa was also hit hard but six months after Australia.”

Mr Fitzpatrick said the increase in mining activity over the past year had spurred the business into a quick recovery.

“Mining is just everywhere now, it has taken off,” he said.

However, the growing demand for people in the resources industry has made it increasingly difficult for the company to recruit good staff.

“You cannot get good quality staff in the areas you would like to have them,” Mr Fitzpatrick said.

“The frustrating thing with some of these big companies is, if they like our products, they insist on us maintaining a certain standard in terms of software development but then they take our software developers and offer them much more money than we could ever offer them.”

To counteract the skills shortages, the company has employed staff through the federal government’s 457 visa program for skilled foreign workers.

“We do take advantage of 457s but it is an expensive exercise and we would prefer to take graduates locally to fill the spots, but it’s not always possible,” he said.

Mr Fitzpatrick, who recently opened a Micromine office in Chile, said the company would focus on driving the business in South America over the next 12 months. 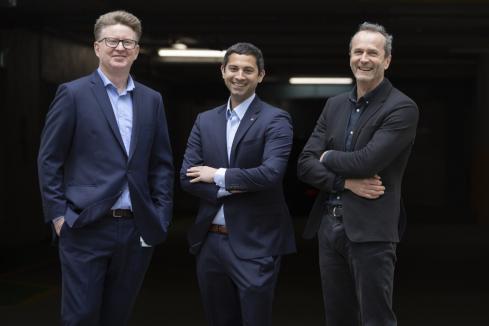 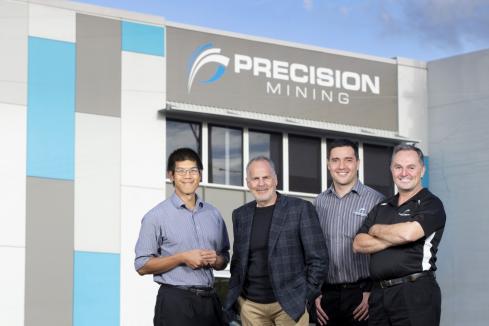 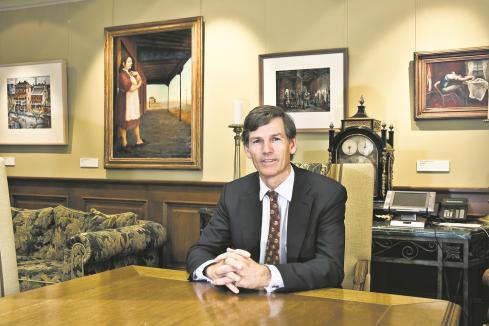