Michael Hill International says it will spend $10 million to $25 million to compensate employees who were underpaid over a six-year period. 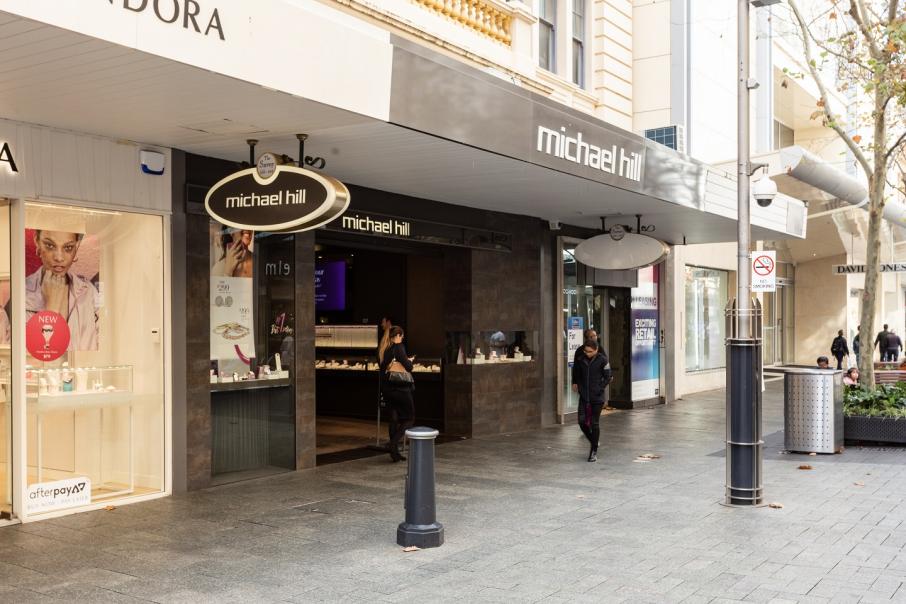 Michael Hill store in Hay Street is on 22 stores it has in WA. Photo: Gabriel Oliveira.

Michael Hill International says it will spend $10 million to $25 million to compensate employees who were underpaid over a six-year period.

The company has 20 store locations across the greater Perth metropolitan region spanning from Mindarie to Mandurah, as well as one in Geraldton and one in Albany.

The payments come after a PriceWaterhouseCoopers review found the general retail industry award had been misapplied at the Brisbane-based jewellery retailer.

The company says it has also begun a thorough review of all employee records, rostering practices and payments.

""While the more detailed review will be undertaken with urgency, due to the volume of data to work through and the complexity of the issues, we expect this program will still take several months to complete," the company said on Thursday.

New company chief executive Daniel Bracken said the company would contact all staff on Thursday to apologise and outline a process to quickly pay those affected.

"I'm committed to engaging with our team members transparently and with absolute integrity and fairness," Mr Bracken said.

Separately, Michael Hill said it had managed to stop a decline in same-store sales in the three months to June 30.

"Even though we are experiencing an extremely competitive retail environment, particularly in Australia, with intensive competitor clearance related activities and lower foot traffic, the company has continued to deliver improved sales momentum for the fourth quarter," Mr Bracken said.

The company did experience "margin compression" as it cut prices to remain competitive, with its full-year profit margin at 61.1 per cent compared with 62.8 per cent for the previous year.

E-commerce sales were up 43.6 per cent for the year ending June 30, to $16 million - more than double that of Michael Hill's largest physical store and comprising 2.8 per cent of all sales.

It closed eight underperforming Australian stores during the year and opened four new ones.

Michael Hill said it was increasingly focused on uniquely differentiated products, such as its new branded bridal collections.