Perth is renowned as a hub for mining and energy technology, so why do so many local firms end up in foreign hands? 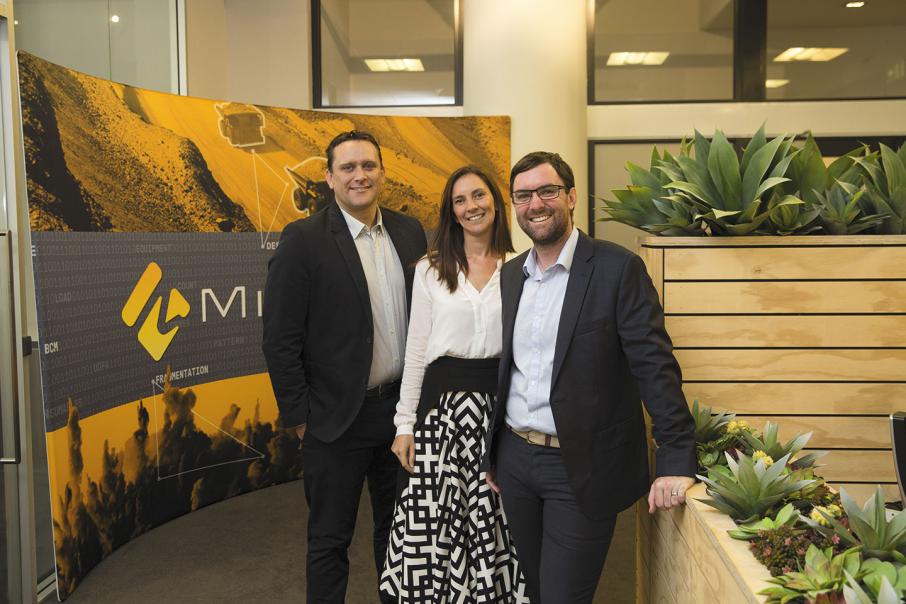 Perth is renowned as a hub for mining and energy technology, so why do so many local firms end up in foreign hands?

Surpac and Minex are two of the world’s best-known brands in mining software, but the Perth-based companies from which they originated are long gone.

After multiple takeovers over the past decade, French company Dassault Systemes now owns the software.

It’s a similar story for many other Perth businesses that developed world-class software or technology for the mining and energy sectors.

Fractal Technologies, which was a pioneer in 3D visualisation software, is owned by Brisbane business RungePincockMinarco.

And ISS Group, which developed specialist software for the oil and gas sector, was bought by US company P2 Energy Solutions.

MiPlan is the latest Perth business to go through this process, and its experience is instructive for the many emerging companies in this sector. 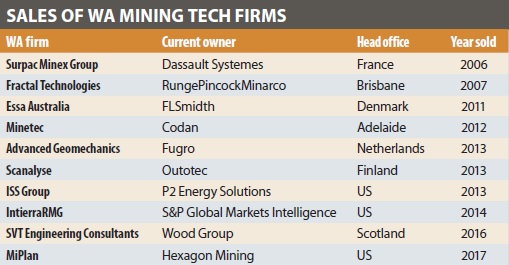 They had backing from the outset from Perth venture capital investors Tony Packer, Tim Moore and Ian McFarlane.

Mr Daw said he and his fellow directors evaluated multiple growth options, including raising extra capital, before opting for a trade sale to US-based Hexagon Mining.

“The big difference was that our vision of a future mine, a connected mine, was really aligned with the Hexagon guys,” Mr Daw told Business News.

“With any technology, it’s time to market.

“This allows our technology to come to market quicker.”

Mr Daw sees the deal as a win for Perth, as MiPlan is about to recruit seven people to bolster its current complement of a dozen staff.

“It improves our ability to focus on what we do best,” he said.

Company director and innovation adviser Peter Rossdeutscher has been through a similar experience.

He was chief executive of spatial software and data solutions company IntierraRMG, which was sold in 2014 to French company SNL Financial.

As often occurs with these deals, SNL itself was acquired soon after, so that the Intierra business is now part of US company S&P Global Markets Intelligence.

“The knowledge sector, the universities, there is a lot of talent, all the ingredients are there to build a business,” Mr Rossdeutscher said, adding that the history of acquisitions was testament to the technology developed here.

“A lot of the big international companies look to Australia for proven technologies.

He said challenges often arose when companies needed growth capital to support their continued expansion. “There is a decided lack of investment capital in WA so unless they go public there is a tendency to be bought out by global firms,” Mr Rossdeutscher said said.

“I think it is a problem.

“You want to retain that talent and grow those companies.

“You want these guys to make their own acquisitions and bring export income back to WA.”

METS Ignited is a federal government-backed growth centre focused on supporting the expansion of the mining equipment and technology sector (METS).

Chief executive Ric Gros said one of his goals was to increase collaboration between METS companies, researchers, capital providers and miners.

“Australian METS have a world-class reputation for our innovation, however, we must overcome our traditional ways of working and focus on true collaboration,” he said.

Specific initiatives he is backing include a pilot accelerator program, which is designed to improve the commercialisation rate of METS innovations in the late stages of development.

Mr Gros said while the pilot would be based in Brisbane, the lessons would be used to inform the operation of further METS-focused accelerators in Australia.

KPMG’s Energise accelerator, which was launched in 2015, is pursuing very similar goals and has already supported companies such as Sentient Computing.

Another initiative for early stage companies is Unearthed, which has supported Perth company Newton Labs.

The local universities are another source of support, with spin-out companies like HiSeis pursuing global opportunities.

The test for all of these businesses is whether they match the longevity of Micromine, Immersive Technologies and RCT, which are rare examples of long-running mining technology companies still owned and run from Perth.