Rising costs for the Yanchep and Thornlie to Cockburn rail lines, and two new investments, have helped lift the state government's bill for 18 Metronet projects to $9.1 billion. 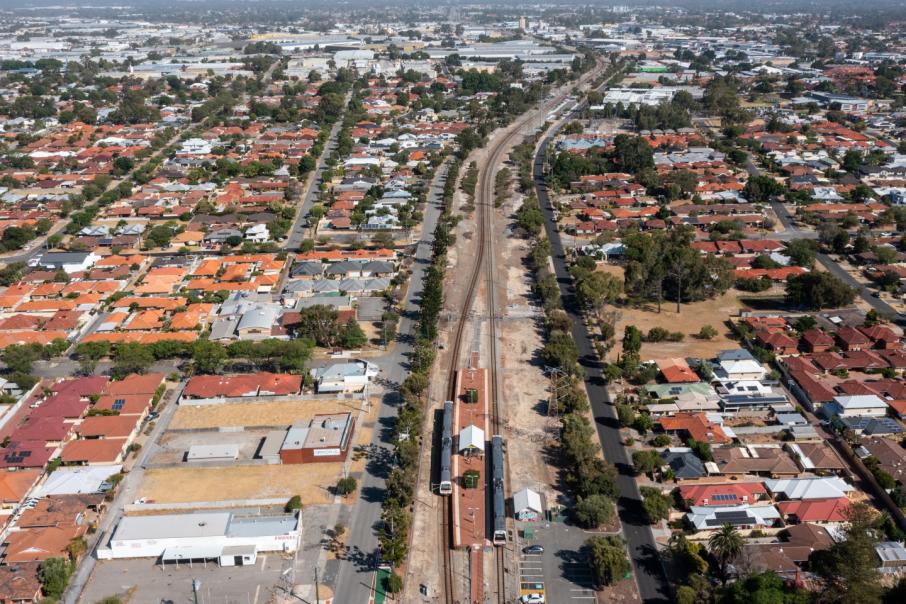 The Armadale Rail Line will be elevated in the inner suburbs. Photo: David Henry

Rising costs for the Yanchep and Thornlie to Cockburn rail lines, and two new investments, have helped lift the state government's bill for 18 Metronet projects to $9.1 billion.

About $6 billion will be spent on Metronet projects across the next four years alone, according to the budget documents, while the Commonwealth Government is contributing $2.4 billion.

Premier Mark McGowan said rail spending had been boosted by $1 billion in this budget.

The state government said it would chip in $380 million extra to complete the Yanchep Rail Extension and Thornlie to Cockburn Link projects.

That means the total cost of the Yanchep line is now forecast to be $607 million, while the Thornlie to Cockburn Link will be $880 million.

Both of those projects had a boost from the federal government in its March budget, too.

They are changes to the intersection at Canning Bridge, an upgrade of about $200 million; and removal of the Morrison Street level crossing in Midland.

The Canning Bridge bus interchange will be moved from Canning Highway to an elevated platform above the freeway and train station, to improve safety and reduce congestion.

Also on the Metronet list is the High Capacity Signalling Project, with $383 million allocated over the next four years, including a federal contribution.

It's a rolling program to modernise the system which controls trains on the network.

The biggest rail project in the Metronet list is the $1.9 billion Forrestfield Airport Rail Link, which was started by the Barnett government.

The Forrestfield rail link was previously expected to open in June 2022, but the government now says it will be later this year.

For comparison, last year's budget forecast $6.9 billion would be spent on Metronet projects across their lives.

Spending on road projects has been lifted, too.

Main Roads will spend $2 billion on investment in the 2023 financial year, and about $6 billion across the forward estimates.