The credibility of each party’s spending promises is emerging as a key issue in the unofficial state election campaign. 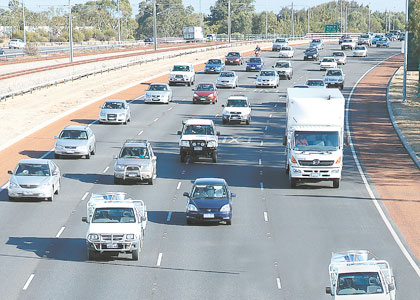 COSTINGS? Both the government and Labor have made big ‘commitments’ to end traffic congestion in Perth.

The credibility of each party’s spending promises is emerging as a key issue in the unofficial state election campaign.

IN the lead-up to the launch of the official state election campaign, the major parties have been busy luring voters with an array of expensive promises.

This has become a standard part of the electoral cycle; the challenge for both of the major parties is to attract support from the punters while keeping their fiscal management in check.

Labor’s big promises are led by its MetroNet plan, which proposes a major expansion of the railway network across Perth.

The extended timeframe for delivering MetroNet gives Labor a lot of room for fudging the numbers on when and how it will pay for this initiative.

Yet it wants the punters to give it credit for putting forward a plan that is designed to tackle current (and emerging) congestion problems.

The government has engaged in very similar tactics.

It has outlined plans for more railways and upgraded roads; in many cases, however, these fall outside the four-year time horizon of the forward estimates.

It has also talked up its MAX light rail proposal, which puts forward a solution to the congestion issues facing Perth’s northern suburbs not serviced by the rail network.

This is an interesting case study. The government has not provided a detailed costing for this project, and Labor is crying foul.

Labor’s transport spokesman, Ken Travers, has suggested the cost could be as high as $2 billion, judging by a similar project on the Gold Coast. He is also demanding answers on the traffic impact.

Yet the detailed analysis needed to provide reliable answers to these questions has not been completed.

Nor, of course, has the really detailed analysis been undertaken on the MetroNet proposal.

The community would be better served if development concepts were seen for what they are - interesting ideas worthy of further analysis but not detailed or necessarily deliverable plans.

Fiscal management is sure to be one of the major topics that will come up for discussion when Treasurer Troy Buswell and Labor’s treasury spokesman Ben Wyatt meet for an exclusive face-to-face debate late next month, hosted by WA Business News.

Mr Buswell has already accused Labor of digging a “big budget black hole through making promises to the electorate that the state cannot afford”.

Mr Wyatt’s counter-claim is that the Liberal-National alliance government has unfunded promises of “more than $5 billion”.

“They have made promises without any regard to financial responsibility,” Mr Wyatt said.

The mid-year review showed there is little room for big-spending promises.

The government has already budgeted to spend $7.3 billion this financial year on its capital works program, and a total of $27.4 billion over the four years to 2015-16.

The big-ticket items in the total are health and electricity infrastructure.

The mid-year review also showed that the state’s net debt would reach $18.2 billion this year - slightly below the previous budget estimate but still a very big number.

Labor is right to hammer state debt as a key issue - it has risen enormously under the current government, which has relied on ‘efficiency dividends’ and public service staff freezes to try and keep its spending levels under control.

There have been very few big and bold cuts to current spending programs.

Nor has there been much in the way of visionary reform to fundamentally change the way government works in this state and how it delivers services and infrastructure.

That cause isn’t helped when the initiatives that are undertaken - like the engagement of a private contractor, Serco, to deliver non-clinical services at the new Fiona Stanley Hospital - becomes the target of an unrelenting and almost hysterical campaign by the union movement.

Let’s not forget that Labor governments, state and federal, have engaged in plenty of privatisation deals over the years they have been in power.

So while keeping track of spending promises is vitally important, engaging in constructive and positive debate to deliver better policy outcomes is far more worthwhile.