SPECIAL REPORT: Junior explorers are coming under increasing pressure to merge as tough market conditions hit many in the sector. 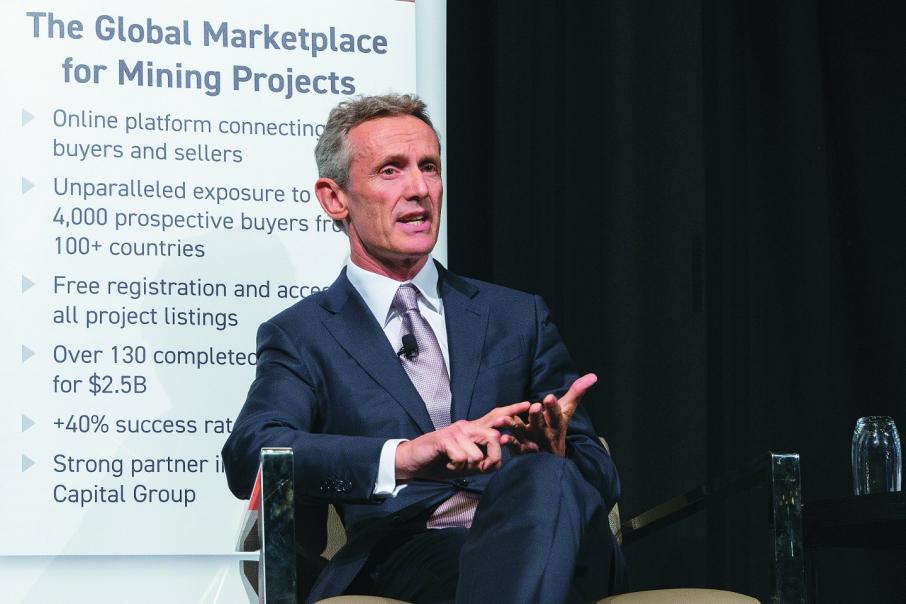 Junior explorers are coming under increasing pressure to merge as tough market conditions hit many in the sector.

PCF Capital managing director Liam Twigger said 2018 was a big year for junior miners, but not in the manner that had been widely expected.

“This time last February the industry looked in pretty good shape,” Mr Twigger, who is also a director of Gold Corporation, told the audience at a lunch hosted by the Mining Club last month.

“The equity and debt markets looked as if they would return to levels where you could raise money for exploration and development.”

But as June approached, Mr Twigger said, the industry started to feel the full impact of global headwinds.

“We had the Chinese/US trade war, which had a big impact on China’s growth and its demand for our commodities, and then Brexit, which created corporate malaise that spread quickly across Europe and beyond,” he said.

Also at the Mining Club forum was Hartleys chairman Ian Parker, who said the conditions for the mining industry deteriorated as the year went on.

“December (2018) was probably one of the worst months I can remember in my career; it looked as if the world was about to end,” he said.

Mr Parker told the forum the gloomy environment was exemplified by the fortunes of mining companies that listed on the ASX in 2018.

“Last year there were about 26 initial public offerings in the resources industry, and out of those 26 only four are trading above the price they listed at,” he said.

“Some of them have even fallen between 50 and 90 per cent in less than a year.

“And out of those four trading above par, only one of them has done any sort of decent performance.”

Here Mr Parker was referring to Bellevue Gold, previously known as Draig Resources until it relisted in July last year.

It listed on the ASX at 17 cents a share, and by the close of trade on February 20 its shares were trading at 61 cents each.

A key factor in it the company’s rising share price was drilling results at its Bellevue gold project, located near the town of Leinster in the Goldfields.

In its day Bellevue was one of Australia’s highest-grade gold mines, producing 800,000 ounces of gold at a grade of 15 grams of gold a tonne.

Since it listed, Bellevue Gold has sought to advance exploration and operations at its flagship namesake project.

It has been well supported by investors, completing a $15 million share placement in October at 34 cents a share.

By early February, the mineral resource at the project had risen by 47 per cent since Bellevue acquired the mine, to 1.53 million ounces of contained gold.

The mineral resources at mine is also still within a high-grade range, at 11.8 grams of gold a tonne.

Mr Twigger said Bellevue’s story aligned with an inclination among a growing proportion of investors to preference companies that restarted development at previously developed mining projects.

“There’s an interest in the moment around brownfields projects, recycling these assets, because there’s a high degree of confidence even during turbulent times when you invest in an existing mine,” he said.

“This is especially the case with gold as there’s around a 90 per cent chance of increasing the resource.

“Compare this to a pure exploration play where there’s an absolute risk you can lose the shirt off your back.”

Mr Twigger said junior miners should also pay attention to investment trends in North America, and the potential for capital to bypass Australia.

“North America is the largest capital pool for mining, with a chunk of that historically coming here,” he said.

Canada-based Bank of Nova Scotia is currently the largest shareholder of the aforementioned Bellevue, for example.

“(However) we can’t ignore what’s going on in North America, because the impact of cannabis has been insane,” Mr Twigger said.

“The top 20 cannabis companies in Canada are up about 700 per cent over the last three years.

“So if you’re a speculative investor in the US and have $10,000, would you invest in a Canadian cannabis stock or an Australian junior miner?”

Another trend Mr Twigger highlighted was the shift from active funds into passive funds and the major impact it had had on the capacity to raise money.

“Because it is harder to get the discretionary money and you are faced with the problem of how you bump yourself up to become relevant, it’s a case of maybe coming together and doing that to become more relevant,” Mr Twigger said.

“I think we are going to see a lot more (zero premium) mergers and acquisitions, and it’s a great endorsement of those who have the confidence and the maturity to say ‘I don’t have to get a 30 or 40 per cent premium, let the market decide’, because that type of deal has historically destroyed shareholder value rather than created it.”

Mr Parker agreed with that sentiment.

“The duplication that goes on in the small-cap world is very frustrating to stockbrokers,” Mr Parker said.

“You can have 10 different companies, all with similar objectives, all paying management with similar experience and renting office space in similar locations.

“You could amalgamate a lot of these and get an efficient, streamlined company that would get more market traction.

“It’s a hugely positive thing because what companies are finding is that bigger is better, particularly in the gold sector.”

The merger between Doray Minerals and Silver Lake Resources announced in November has been the latest high-profile case of two gold miners seeking to better position themselves in the turbulent market by scaling up.

Smaller gold companies have followed suit, with AIC Resources and Intrepid Mines announcing a second attempt at a merger earlier this month.

AIC has a market cap of $12 million and Intrepid around $4.7 million.

In a joint statement in September, the companies forecast that the amalgamation would lead to a cost saving of $500,000 per annum.

For many junior explorers, their focus has been on cost savings in light of tough market conditions.

In January, Thundelarra reduced the fees of the non-executive directors Philip Crabb and Malcolm Randall.

In the same month, Alderan Resources cut the annual remuneration of chief executive Chris Wanlass from $219,000 to $189,000.

He resigned from the position in the following month.

Alderan executive director Bruno Hegner also saw his remuneration slashed by 40 per cent, to around $182,000.

Its chief financial officer, Michael Langoulant was let go, managing director Tony Hibbert agreed to waive his yearly $30,000 director fees, and the company downsized to a new office to save around 50 per cent a year in rental costs.

White Cliff said the measures should save the company around $500,000 per annum.

It is not just the gold sector that has piqued the interest of Messrs Twigger and Parker, as both see the lithium-ion battery market as a broad opportunity for the local mining industry.

Deloitte partner Nicki Ivory is another who is bullish on lithium-ion batteries, and particularly one of the metals used in their manufacture.

“The fundamentals for copper have been good for a long, long time.

“The demand for it is still there, while there are some real supply shortages looming.”

Last year, Singapore-based multinational bank DBS released a report stating that the global copper market last registered a surplus in 2015. It forecast a shortage to persist until 2022, with deficits increasing from 2019.

“It might be as simple as using drones to inspect a dangerous situation instead of having to risk the safety of someone on the field,” she said, adding that artificial intelligence software was an emerging tool available to miners to achieve cost efficiencies. 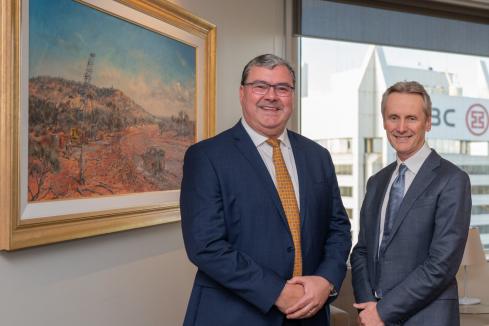