Perth Lord Mayor Lisa Scaffidi has renewed her push to include the complete Burswood peninsula within the City of Perth, arguing the Barnett government's preferred local government boundary changes dimish the city's importance. 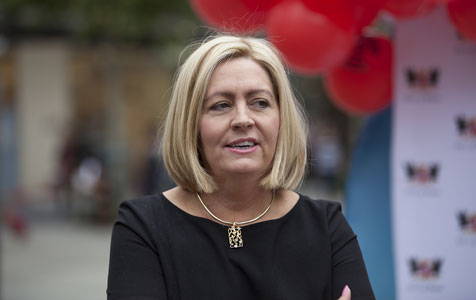 Perth Lord Mayor Lisa Scaffidi has renewed her push to include the complete Burswood peninsula within the City of Perth, arguing the Barnett government's preferred local government boundary changes diminish the city's importance.

Under revisions to the government's preferred boundaries announced in November, the City of Perth will expand to include landmarks such as Crown Casino, the University of Western Australia's Crawley campus, QEII Medical Centre, the new Perth Stadium and the smaller nib and Medibank stadiums.

However Ms Scaffidi remains dissatisfied with the proposal, which also includes Perth taking in the entire City of Vincent.

Speaking ahead of the city's presentation to the Local Government Advisory Board on the proposed mergers, Ms Scaffidi said the Burswood peninsula and Belmont Park racecourse should also be included within the City of Perth.

"It is clear from the experiences in strong leading cities like Melbourne and Brisbane that it is essential to incorporate all major infrastructure and significant inner-city precincts into the boundaries of a capital city," she said.

"Under the proposed changes by the state government, what would normally be considered key capital city infrastructure would be dispersed around various local governments.

"This dissipates the role of the capital city. That's not conducive to effective planning and it stifles coordinated development."

Ms Scaffidi has previously described plans to include the entire City of Vincent within Perth as a cop out driven by populist politics, after Vincent residents campaigned against plans to split the council between the cities of Stirling and Perth.

She argues that the inclusion of low-growth residential areas will create ward structures that are undesirable in capital cities.

The LGAB is seeking public submissions on the proposed boundary changes until March 13.

The City of Perth will present its supplementary submission to the LGAB next week.