Perth dealmakers Tim Day and Rob Hamilton are looking to support the next generation of growth businesses after merging their firms. 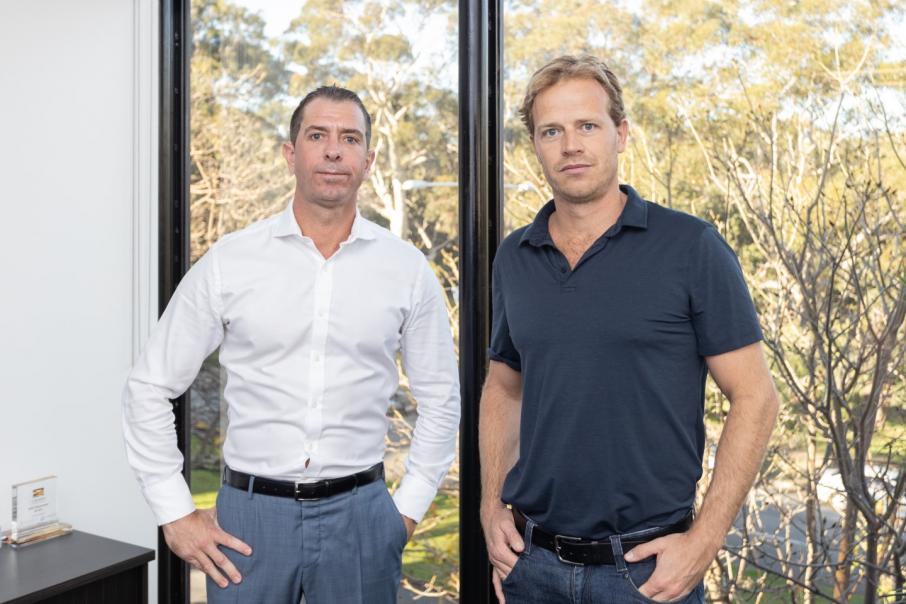 Rob Hamilton (left) and Tim Day are merging their businesses after working together for three years. Photo: Gabriel Oliveira

Perth dealmakers Tim Day and Rob Hamilton are looking to support the next generation of growth businesses after merging their firms.

Tim Day points to a recent $15 million capital raising for Belmont-based contractor GenusPlus Group as a guide to the opportunities for private companies.

“That was backed by the likes of the Rae family, Craig Burton and Rod Jones,” Mr Day said.

“What really excites them is seeing new, young management teams coming through

“They love the vision and the energy and said they will be here for five or 10 years and help them grow.

“The families are fantastic like that because they are not driven just by pure, short-term investment returns.”

The capital raising followed five acquisitions in the space of two years by GenusPlus, which was founded by chief executive David Riches.

While many fast-growing businesses like GenusPlus ended up listing on the ASX, Mr Day said that was not the only option.

“We tell them you don’t have to be listed to get capital these days,” he said.

“You can stay private and still have capital to grow the business.”

“These guys have huge pools of money they need to deploy and if the business has good returns they are happy to sit there as long as required.”

Mr Day spoke with Business News to discuss the merger of his firm, Sternship Advisers, with Rob Hamilton’s Ashanti Capital.

“We’ve been working together for the past three years, since the two businesses started around the same time,” Mr Day said.

“We saw lots of synergies in coming together.”

The two brands will be retained for mergers and acquisitions and equity capital capital markets deals.

“Robbie will lead the ECM side and I’ll lead the M&A, and together we’ll manage the overall business,” Mr Day said.

The merged firm has a strategy of working with a small number of clients.

The principals typically co-invest in the deals they arrange, and have an ongoing strategic advisory role with their clients.

“We don’t just do transactions and then step away and look for the next one,” Mr Day said.

“We help to find the right board members, we help with strategy, we work with the investors.”

Mr Hamilton said the solution would depend on the circumstances of each client.

“We’re focused on bringing the right pools of capital in, as opposed to day-to-day trading,” he said.

“If it’s a private company we will target long-term patient capital, that might be from WA families, and one of the strengths of Ashanti’s offering has been the access to capital in Hong Kong and Singapore.”

“We had together a large investment in it, alongside some prominent Singapore families and a Chinese battery manufacturer who we brought in,” Mr Hamilton told Business News.

“We view it very much as a co-investment; we’re quite hands-on when we make an investment.”

Mr Hamilton said a priority for the merged firm was to maintain independence so it could work alongside different stockbrokers.

For instance, Ashanti Capital recently partnered with Azure Capital and Tamesis Partners as financial advisers on a $US20 million capital raising for Trident Royalties plc, which has listed on London’s AIM market.

“We brought in Euroz and Macquarie Capital to manage that and we step back and advise the company,” Mr Day said.

“It’s very much a model where we want to work with other people.”

Mr Day said his work with Curtin University spin-out HiSeis was another illustration of his approach.

Sternship and Azure Capital assembled a group of investors to buy the innovative seismic exploration company for $17 million two years ago.

The investors included chief executives of some major mining companies, as they use HiSeis products.

“We want to take a small growing business, raise capital, and help them with strategy,” Mr Day said.

“HiSeis is becoming a global business and that’s pretty exciting.”