Federal and state issues will intersect sharply in Western Australian politics over the next few months because of uncertainty over whether a new half Senate election will be ordered following the debacle over last September's poll. 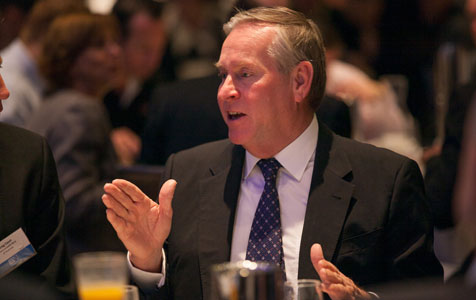 Federal and state issues will intersect sharply in Western Australian politics over the next few months because of uncertainty over whether a new half Senate election will be ordered following the debacle over last September's poll.

If there is a new election, pressure will grow on Premier Colin Barnett and his team to proceed softly, softly on the state front to ensure the government makes no decisions that could alienate Liberal support. After all, the party was assured of three Senate seats before the result was challenged over lost votes.

If the High Court, which is considering whether a fresh poll is required, decides the original result should stand, Mr Barnett and his treasurer, Troy Buswell, can proceed with their strategy to rein in spending and strengthen revenue to help regain the coveted AAA credit rating lost last year.

If the court rules that the misplacing of almost 1,400 votes is unacceptable and orders a new poll, the Liberals will get the jitters. And for good reason.

2013 was a great year for the party. Mr Barnett led his government to a second term with an increased majority, and the party won 12 of the 15 WA federal seats in the September poll, as well as half the six Senate seats up for grabs.

But it has been all downhill since then. The dream run that the Liberals and Nationals had in their first term has deserted them. A tough budget, backtracking on election promises and the loss of the AAA rating have combined to project the image of an administration which is struggling.

Mr Barnett has also attracted criticism over his leadership style, including from his own backbench. In the aftermath of his surprise 2008 victory, he appeared relaxed and amenable. In recent times, however, he has projected a more abrupt and impatient persona.

There might be good reasons for that, as the burdens of more than five years in power start to weigh on his shoulders. Voters do like their leaders to be decisive. But they also like to see them to be approachable, especially at the state level.

So Liberal supporters will be hoping a more relaxed premier returns to his desk at Hale House after the holiday break.

There will still be plenty of tough decisions on his menu. But if there is a fresh Senate election, Mr Barnett will be under pressure from his federal party to save announcing the harsh medicine until the May budget. Every Senate vote will be vital.