Bentley-based biotech company Recce has popped the cork on its first day of trading on the ASX, following completion of a $5 million initial public offering. 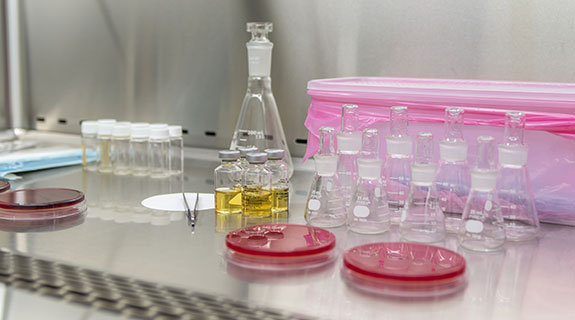 Recce is developing antibiotics which target bacteria, including their superbug forms, in humans.

Bentley-based biotech company Recce has popped the cork on its first day of trading on the ASX, following completion of a $5 million initial public offering.

Recce, which is chaired by Chemeq founder Graham Melrose, opened at 31 cents per share and gained an extra cent within an hour.

At midday, its shares were worth 29.5 cents each.

The $5 million IPO was priced at 20 cents per share and lead managed by State One Equities.

The Recce board includes two executive directors who are members of Dr Melrose’s family - James Graham is a committee member of WA Angel Investors and has been closely involved in arranging funding for the company, and Michele Dilizia is a qualified medical scientist who has worked in public relations and marketing.

The board’s non-executive directors are Dongke Zhang, who designed and built Chemeq’s first pilot plant and is now professor in chemical engineering at the University of Western Australia, and pharmaceutical executive Ian Brown.

Peter Williams is its CFO.

Recce is developing antibiotics which target bacteria, including their superbug forms, in humans.

The company considers the manufacture process of its antibiotics to be exceptionally economic in comparison to present-day antibiotics.

In separate statements today, Recce announced it had been granted a patent for manufacturing and marketing of its antibiotics in China, and had validated patents in the UK, Germany, France, Italy, Spain and Sweden.

Dr Melrose said the patents should significantly increase the company’s current worth.

Recce also announced the completion of a test conducted in a laboratory in the US , which found that its antibiotics (tested on mice) performed equally and, in some cases better, than a commercial antibiotic.

“This is an early but important confirmation of efficacy: Recce antibiotic, at least on par with a high performing commercial antibiotic,” Dr Melrose said.