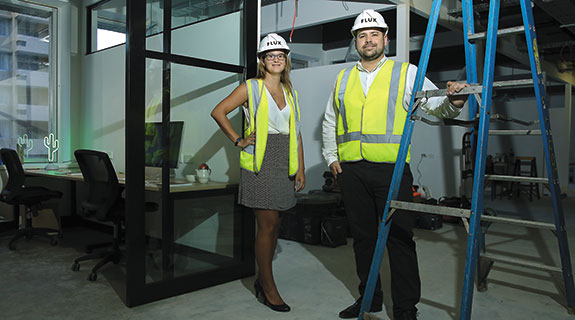 Perth’s office vacancy rate is nudging 20 per cent, meaning there are around 360,000 square metres of commercial tenancies sitting empty.

Instead of competing with other landlords to fill three floors of vacant space at Parmelia House, commercial landlord Hawaiian has partnered with co-working space provider Spacecubed to create Flux.

Flux is due to open in June, with 1,400sqm of collaborative space and private offices to provide flexible options to companies not wishing to sign up for a long-term lease.

“This is how people are choosing to work going forward, and more and more we’re seeing companies, rather than getting long-term leases in their own space, tapping into co-working spaces,” Mr McCulloch said.

“Globally, that’s the trend, people can work from anywhere with a laptop and a mobile phone, and creating an interesting and collaborative space for them to work in is what we’re focused on.

“We’re also really focused on how to support entrepreneurs, small businesses, startups and not for profits.

“That’s our goal, and there are different types of spaces to achieve that. Spacecubed is one, Flux is another one, and we’re also looking at suburban locations, seeing what this would look like in universities, things like that.

“It’s about how we facilitate people working, running their businesses and developing their ideas.”

For Hawaiian, Mr McCulloch said the establishment of Flux in what was a vacant asset would help to differentiate the building, providing advantages for existing tenants and potential new office users.

“We have already had a number of conversations with tenants that are already in the building,” Mr McCulloch told Business News.

“A space like this is a big attraction point for their staff, to be able to work in a different environment, while there are more meeting rooms so they can break out into those.”

A collaborative, co-working space is just one option for landlords seeking to break the mould and utilise vacant space.

Serviced offices have also been growing in popularity, giving office owners the ability to rent out empty space that’s already been fitted out, on hourly or monthly terms.

New research by Roy Morgan Research for serviced office provider Servcorp showed having a professional meeting place was becoming increasingly crucial for small businesses in particular, with clients preferring to deal with those with CBD addresses.

The research showed 47 per cent of respondents said meeting in a café had a negative impact, while 66 per cent said they would not give a supplier a second chance if a bad first impression was made.

“With the worry of finances in mind, businesses will often side with the cheaper office provider to save on rental,” Servcorp chief operating officer Marcus Moufarrige said.

“But these businesses don’t realise just how much impact a prestigious business address, an exceptional receptionist, a professional meeting place and a robust IT and communication infrastructure has on their business’ longevity and prosperity.” 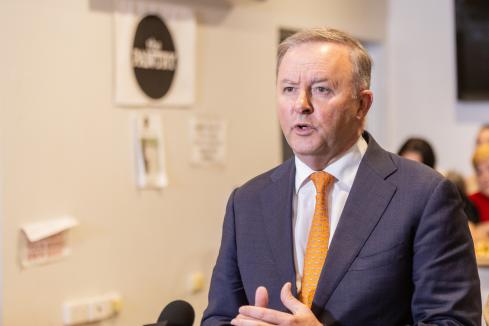