Figures released today show Western Australia’s share of national health and medical research grants has not grown, despite the hopes of leading researchers that an industry-led reform would put the state back on a path to funding in line with WA’s share of the national population. 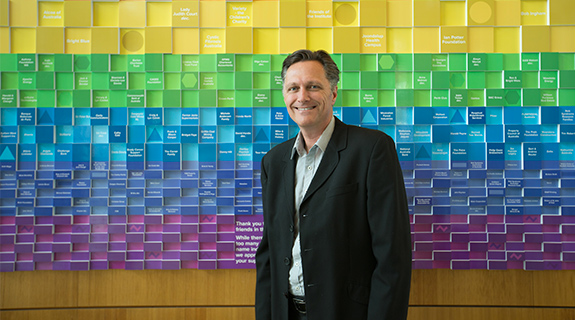 Figures released today show Western Australia’s share of national health and medical research grants has not grown, despite the hopes of leading researchers that an industry-led reform would put the state back on a path to funding in line with WA’s share of the national population.

According to preliminary data, WA universities and medical research institutions have shared in $38.3 million in national health and research grants announced today.

This equates to between 5 per cent of an overall $763.5 million National Health and Medical Research Council funding package distributed to facilities across Australia, or 5.2 per cent of the $719.5 million which represents competitive grants.

As part of this year’s funding, UWA has been awarded $30.5 million, Curtin University has claimed $6.1 million, $1.6 million has gone to Edith Cowan University, and Murdoch University has received just over $8,000.

While it appears UWA researchers have been awarded the lion’s share, this total includes a large amount of funding earmarked for medical research institutes whose grants are administered through the university.

Funding allocated through UWA includes a yet-to-be disclosed amount to the Harry Perkins Institute of Medical Research and $11.3 million to the Telethon Kids Institute for a range of research programs, including foetal alcohol spectrum disorder interventions in the Pilbara and investigating if gastronomy improves the lives of children with severe disabilities and their families.

Telethon Kids Institute director Jonathan Carapetis told Business News earlier this month he was hopeful WA could improve its share back to 10 or 11 per cent, like it experienced more than a decade ago, before WA’s share dropped to as low as 4.5 per cent in 2012.

Dr Carapetis said the industry had recognised its grant applications had not stood out in the highly competitive space (only 13.7 per cent of projects were successful in gaining NHMRC funding this year).

He said in recognition of this, the medical research community had been working to improve collaboration and drive a greater focus on outcomes.

Part of this reform has included a newly set up strategic initiative, called the WA Health Translation Network, which is supported by Perth’s five universities, the state’s major medical research institutes and the state’s Department of Health.

Dr Carapetis told Business News today WA researchers who succeeded this year should be celebrated, but there was still work to do.

“The results from this year and last show that we have stopped the steady decline of NHMRC funding coming to WA that was a feature over the past decade, but we must continue to focus on the highest quality, collaborative research in order to see our success rates climb back to where they should be,” he said.