A number of Perth’s leading community sector experts have spoken candidly about why it is so difficult to measure the impact their work has on those they’re helping and society at large. 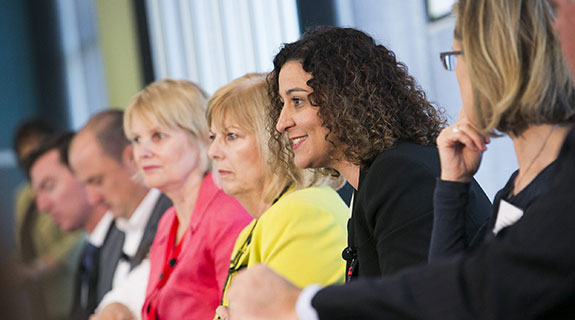 A number of Perth’s leading community sector experts have spoken candidly about why it is so difficult to measure the impact their work has on those they’re helping and society at large.

“Let’s be honest, much more of the expenditure towards these outcomes comes from government than our own sector, so it is equally important that they think about the outcomes they’re achieving with their own expenditure,” she said.

“All that effort, where’s the accountability?”

Former WA under-treasurer John Langoulant said taxpayers would find it disturbing how many services were being delivered at a national level that were not being measured.

Mr Langoulant, who was on the board of the Council Of Australian Governments reform council, where he was involved in investigating and measuring outcomes of public service activities, said measuring outcomes was becoming increasingly important in strained financial environments, but it was complicated work that took years to get right.

“You would be absolutely shocked to understand how poor the data is across most of the areas of public service delivery in Australia and yet we spend hundreds if not thousands of billions of dollars over time trying to reach the magical goal of what’s the right outcome,” he said.

“Too much of what is measured in our space is around how many dollars have been spent, not what’s it being spent on, whether it was well targeted in terms of geographic area or specific strategy, and then of course the people who get the blame for non-delivery are us,” she said.

While the state and federal governments came under fire, St Vincent de Paul Society WA Inc chief executive Mark Fitzpatrick said it was up to the community at large, including business and not-for-profit organisations, to ensure services were being adequately funded and delivered in a way that provided the best outcomes.

He said he was dismayed that many in the community sector operated with a mindset of ‘you get what you’re given’, rather than trying to diversify their income and improve multi-party collaborations.

“As a sector we need to move away from government tells us that this is available and that’s all we’ve got. We’ve got to be able to connect different mindsets and thinking,” Mr Fitzpatrick said.

Ngala chief executive Ashley Reid said while a young mum might consider a positive result being able call the not for profit’s helpline for advice on how to settle her child and get a good night’s sleep herself, being able to link Ngala’s services to broader population health outcomes wasn’t easy.

“Our helpline takes 18,000 calls a year so clearly people want our support, but is any one of those people better off? That’s a very hard question to answer,” he said.

One of the best ways to determine if people were benefitting from services was to collect their feedback, Ms Cattalini and former Lotterywest chief executive and director of several boards Jan Stewart said.

By putting a button in one of three buckets that were labelled with different positive, neutral or sad emotions, the students were quickly able to show how the program had affected their mood.

However, both women acknowledged this was just the first step.

“The common element of all the programs that are actually achieving good outcomes is that they involved the clients or the people along the way...they asked them as they’re delivering ‘is this making a difference to your life, how is it helping, is it meeting your needs or not’ and they had flexible and responsive systems to adapt and change if the answers were ‘no’,” Ms Cattalini said.

She said even in cases where feedback was measured and incorporated, there was still a paucity of information generally about what wasn’t working and why and people were failing to take note and make appropriate changes.

“We’re not getting good data that shines a spotlight on the waste and the inefficiency and the inactivity and how much money is going into that,” Ms Cattalini said.

“Even when we are we’re not getting the political will that’s responsive.

“Evaluation of data and impact measurement can do only so much. We then actually have to have policy responsiveness.”