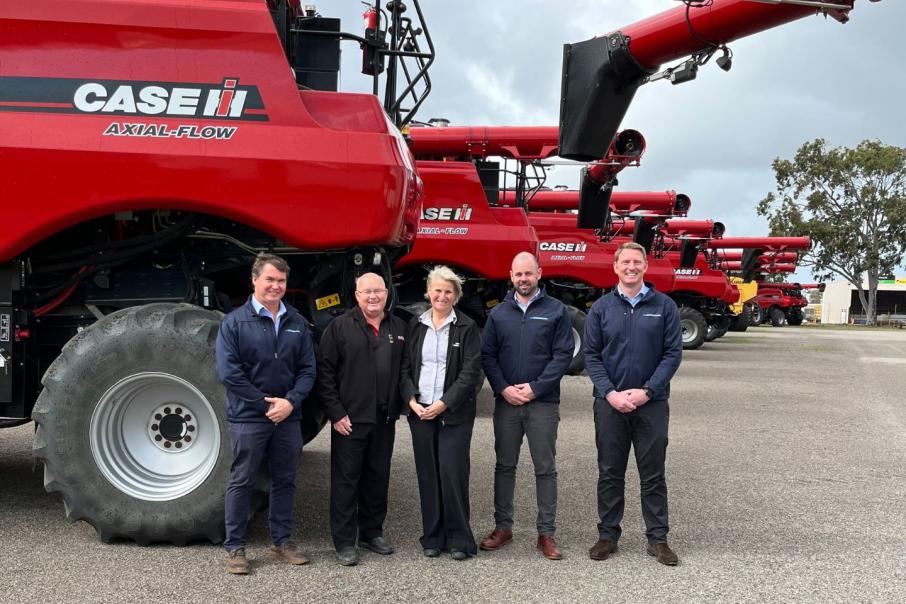 The Redcliffe-based machinery dealer’s acquisition of 55-year family business Purcher International in Geraldton will be effective from September 1.

The deal follows another acquisition announced last week with Staines Esperance to adopt the McIntosh & Son’s name and expand its product range.

Roy Purcher started the business in 1967, which has been taken over by Steve and Paula Purcher.

The Purcher International trading name and location on 99 Flores Road will remain, with parts and service for the CASE IH and other existing Purcher franchises to continue operating.

McIntosh & Son Geraldton dealership will continue to operate on 160 Flores Road, with both dealerships to retain their current teams.

Steve Purcher will remain in a mentoring role over the next 12 months.

“We’re so proud to have been a part of, and contributed to, the communities of the Midwest, supporting charities and sporting clubs,” he said.

“For more than half a century, my family has built this business by understanding the importance of supporting great products with great customer service.”

“Family values have been the heart of our business from the beginning, and we are pleased to be passing the baton onto another proud Western Australian family-owned business with the same values at its core.”

A dedicated truck sales team will be added to the single sales team supporting both CASE IH and New Holland machinery.

“I would like to thank both the Staines and Purcher families for their trust in us - we are grateful they have chosen us to continue their legacies,” he said.

“Along with these two acquisitions, over the past few years we have continued to make investments in WA, like the development of our own registered training organisation (McRTO), the state-of-the-art parts and service facilities in Katanning and Wongan Hills, and the development of Precision Technology Services through the establishment of a new NextGen RTK Network.”