McGowan warns pandemic isn't over as cases surge by 17,000

COVID cases in Western Australia have surged by more than 17,000 overnight, as Premier Mark McGowan warns the pandemic is not over yet. 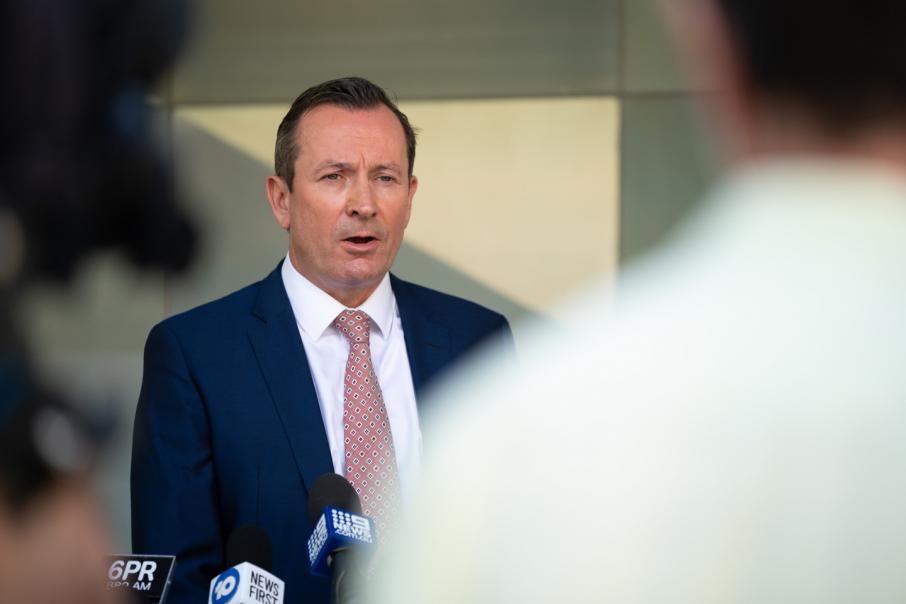 Mark McGowan attributed the rise in cases to the recent easing of restrictions and the end of public holidays. Photo: David Henry

Premier Mark McGowan has warned Western Australia isn't rid of the pandemic yet, as the state's COVID cases surged by more than 17,000 overnight.

There were also three historical deaths reported, including a woman in her 90s, a man in his 80s, and a man in his 70s.

There are currently 275 people in hospital, seven of whom are being treated in ICU.

The latest figures take the total number of active cases across WA to 68,893.

The case surge comes after the state recorded 12,390 new infections yesterday and more than 10,394 on Monday.

This afternoon, Mr McGowan attributed the rise in cases to the recent easing of restrictions and the end of public holidays, reiterating that the state wasn't out of the woods yet.

He went far as to encourage mask-wearing and social distancing, which he indicated would be important in the weeks and months ahead.

“While the rising case numbers has been expected, it's an important reminder that the pandemic is not over yet,” he said.

“That’s why I want to reiterate that just because masks are no longer required in most settings, it doesn’t mean that they should be gathering dust.

“Western Australians should still feel comfortable putting on a mask in busy or social situations, if they want - in fact, it's encouraged.

"For many people, COVID-19 is no joke, so I want to remind everyone, getting vaccinated remains incredibly important."

Though the daily figures being recorded this week well exceed the 10,000-case peak anticipated by the state's health modelling, the number of hospitalisations and ICU admissions remain far lower.