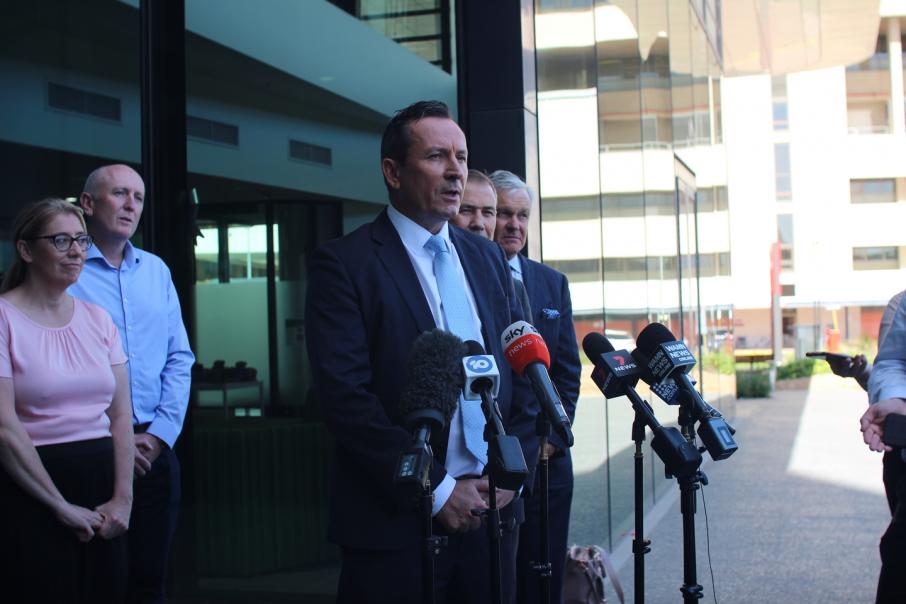 Premier Mark McGowan has urged the federal government to reconsider using remote commonwealth facilities, including those on Christmas Island, to quarantine returned travellers as strain mutations of the coronavirus continue to put pressure on the current system.

Mr McGowan said the commonwealth had rejected the suggestion when it was initially proposed several months ago, but that it should be reconsidered to mitigate the spread of the UK strain of the virus, which is reportedly up to 70 per cent more infectious.

The state government has made significant changes to the hotel quarantining system based on updated advice from the chief health officer, including having those that test positive for the virus complete an additional 14 days of hotel quarantine.

The changes come amid the evolving situation in Queensland’s Hotel Grand Chancellor this morning, in which the government is moving more than 100 returned travellers and staff from the Brisbane hotel amid a coronavirus outbreak.

It is not yet known how the virus managed to spread within the hotel.

Health Minister Roger Cook confirmed that six Western Australians had been completing hotel quarantine in the hotel, but that all had since tested negative for the virus and that it posed a very low risk to the broader WA community.

There have been two new cases of COVID-19 recorded in WA, both of which are in hotel quarantine.