Mark McGowan has shrugged off his defamation draw with mining magnate Clive Palmer, hailing the hard border and the Palmer bill among the 'finest moments in recent history'. 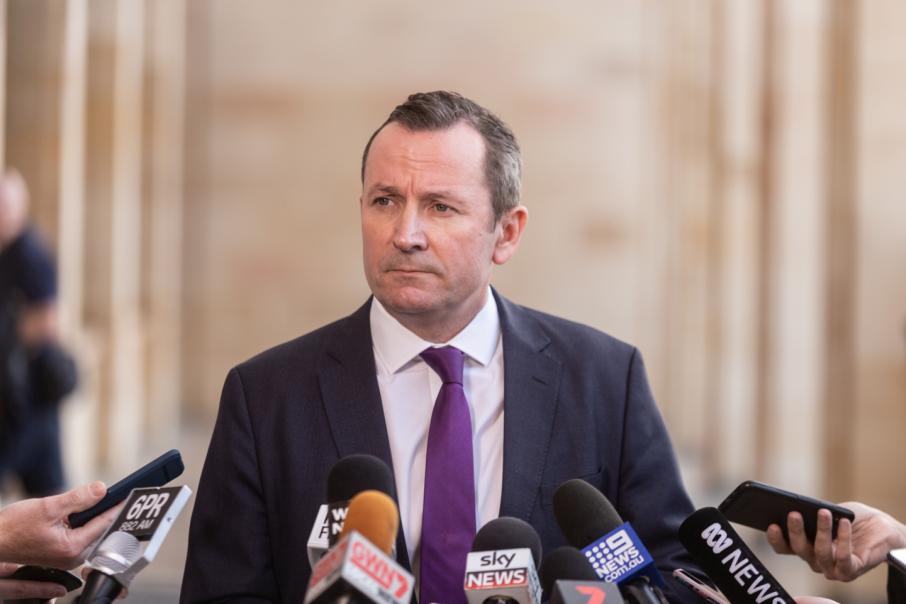 Mr McGowan made no apologies for the actions that led to the legal spat.

Premier Mark McGowan has shrugged off his defamation draw with mining magnate Clive Palmer, hailing the hard border and the bill to thwart his $30 billion damages claim among the 'finest moments in recent history'.

After a two-year legal battle, the Federal Court this morning found the pair to have defamed one another during their very public war of words over the border policy, Mr Palmer’s stalled iron ore project and the passage of the top-secret legislation to halt his damages claim.

While labelling the reputational damage ‘minor’, Justice Michael Lee determined Mr McGowan should pay $5,000 to Mr Palmer, and Mr Palmer should fork out $20,000 in damages to Mr McGowan.

In handing down his determination, Justice Lee lashed the pair for racking up considerable legal costs and diverting significant court resources away from serious matters.

Addressing the media this afternoon, Mr McGowan made no apologies for the actions that led to the legal spat, declaring he would go to his grave proud of what the state government did.

“To be clear, Clive Palmer took action against the state of Western Australia and then he sued me,” he said.

“The last thing I want to be doing as the Premier of Western Australia is dealing with defamation cases.

“We were at the height of the pandemic and it was a highly anxious time.

“We're trying to protect the state from a $30 billion bill and I'll go to my grave proud of what we did.

“I actually think it was one of the finest moments, both that and the hard border, in recent West Australian history; that we're able to defend and protect the state from those things.”

Mr McGowan was also quizzed about his relationship with media mogul Kerry Stokes, the text messages they exchanged regarding the bill and the impact of front page articles depicting Mr Palmer as various pests.

But he refuted insinuations Mr Stokes was the only one informed of the move, claiming a host of politicians, legal advisors, industry leaders and journalists were also aware.

He told the press conference he did not recall whether or not he called Mr Stokes after the legislation passed, as had been previously detailed in text messages read to the court.

Mr McGowan also stood by beleaguered Attorney General John Quigley, whose evidence was labelled "confused and confusing" and “all over the shop” by Justice Lee.

In fact, the premier said he believed his delivery of the legislation to have been “magnificent”.

“The judge didn't find that Mr. Quigley was dishonest,” he said.

“He gave some confused evidence for the court; it's a very stressful and demanding experience.

“I actually think the Attorney General was fantastic, magnificent in coming up with ways of saving lives and saving the state's finances and I think he should be congratulated for that.”

The delivery of today’s court verdict has only intensified mounting pressure for major changes within Mr McGowan’s cabinet, with opposition leader Mia Davies calling on the premier to “wake up”.

“This spat between the Premier and Clive Palmer has cost the West Australian taxpayers in dollars, as well as time that the Premier could have spent dealing with the multitude of crises on the home front in health, housing and easing the cost-of-living for everyday West Australians,” she said.

“Not only did the judge find the proceedings took up valuable court resources and WA taxpayers’ dollars, but he found the Premier had a “bully pulpit” and took the opportunity to advance his political stance by defaming Mr Palmer.

“I also note the Federal Court judge has labelled the Attorney General’s evidence as “confused and confusing” and “all over the shop”.

“Clearly, it is time for Mr Quigley to go – the Premier needs to wake up and take responsibility for his embattled cabinet.”