WA Labor leader Mark McGowan today guaranteed that, if elected in the March state poll, he would return the budget to surplus within his first term as premier. 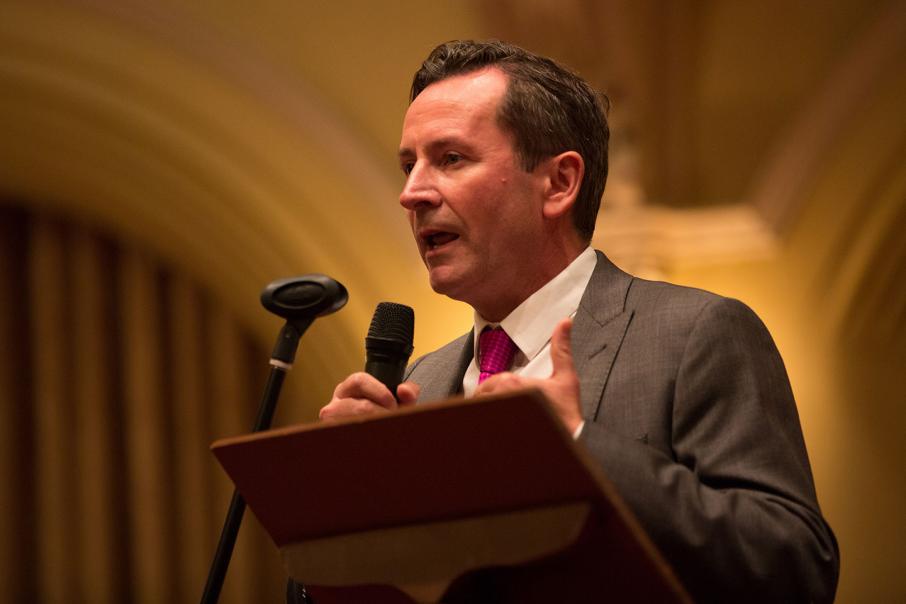 Mark McGowan has promised to return Western Australia's budget deficit to surplus within his first term if elected premier.

WA Labor leader Mark McGowan today guaranteed that, if elected at the March state poll, he would return the budget to surplus within his first term as premier.

Ahead of Premier Colin Barnett’s formal calling of the state election this afternoon, Mr McGowan told reporters that Labor would bring the state's budget back to surplus when asked if he could guarantee the result in his first term.

“Turning the (Liberal) government’s financial management around and the mistakes they’ve made over the course of the last eight-and-a-half years will take time,” Mr McGowan said.

“But we will bring the budget black to surplus in the first term of a WA Labor government.

“Our plan is to pay it off over time.”

WA’s deficit is forecast to be a record $3.39 billion this year, but Mr McGowan said he would cut public service spending, amalgamate government agencies and remove some senior staff roles, and cancel the Perth Freight Link project to put the state back in the black.

Mr McGowan has also said he plans to reallocate the funds committed to the freight link to instead building Metronet.

"It's a much more effective way of using a significant amount of money than the Liberal and National party are planning to," Mr McGowan said today, while not outlining how this reallocation of funds would affect his debt-reduction plan.

Mr McGowan also reaffirmed his commitment to putting local jobs ahead of overseas workers, and cancelling the privatisation of Western Power.

Meanwhile, Mr Barnett and Deputy Premier Liza Harvey met with governor Kerry Sanderson at Government House this afternoon to officially trigger the campaign with the issue of writs.

The WA premier is gunning for a third term as the leader of the Liberals, but a recent poll suggests Mr McGowan is favoured to win the election.

"This afternoon, I visited the governor to advise her to issue the writs directing the electoral commissioner to proceed with elections in all 59 legislative assembly districts and six Legislative council regions on Saturday March 11," Mr Barnett said.

"I will also direct the acting director general of the Department of the Premier and Cabinet to formally implement the caretaker conventions across the public sector to coincide with the issuing of the writs."

The premier said the caretaker period ensured that decisions were not taken that would bind an incoming government or limit its freedom of action, and would apply until the election result was known.