Premier Mark McGowan this morning said direct flights from China were critical to growing WA’s tourism industry, as the first direct flight from Shanghai to Perth arrived at Perth Airport. 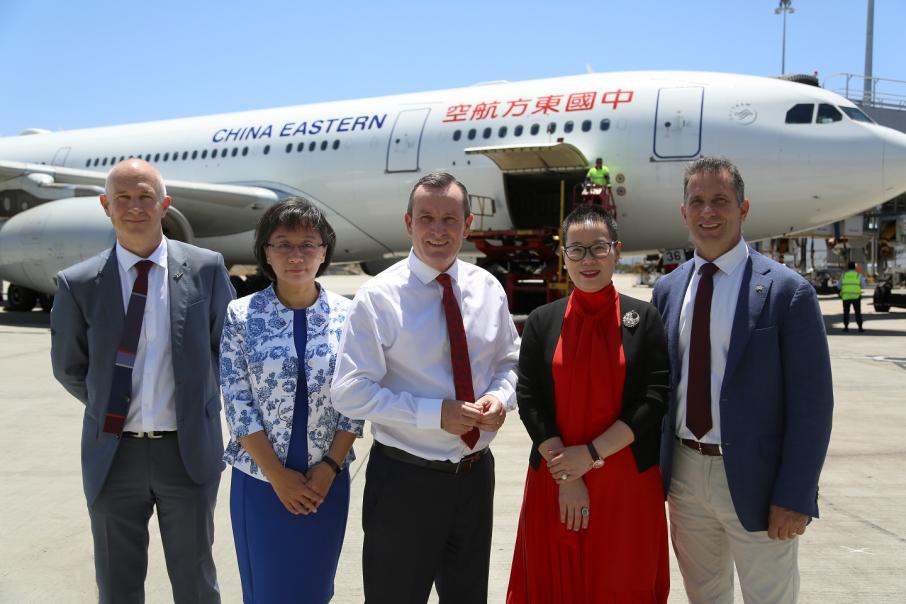 Premier Mark McGowan has said direct flights from China are critical to growing Western Australia’s tourism industry, as the first direct flight between Shanghai and WA arrived at Perth Airport this morning.

The flight, which is part of a seasonal trial conducted in partnership with Tourism WA, Perth Airport, Tourism Australia and China Eastern Airlines, is set to operate three times a week until February 17.

Mr McGowan, who was on site to welcome the flight’s arrival, emphasised the need for direct flights between China and WA, and heralded the effort he and Tourism Minister Paul Papalia had made to secure the trial.

“I first led a delegation to China in 2017 to begin negotiations with China Eastern and, following subsequent meetings with the Tourism Minister Paul Papalia, we secured this direct flight,” Mr McGowan said.

“We want this trial service to become a permanent connection between the two cities and we are in ongoing talks with China Eastern Airlines to make this become a reality.”

Mr Papalia was on the flight that arrived this morning, having led a delegation to Shanghai to meet with Chinese travel agents and tourism officials.

While there, he promoted the state ahead of Perth Glory’s match against Shanghai Greenland Shenhua Football Club at HBF Park on February 11, as well as officially opening Fortescue Metal Group’s new Shanghai office.

In his remarks, he emphasised Shanghai’s population of more than 26 million people in explaining the value of the new travel route to WA.

“Ongoing direct flights between Shanghai and Perth would open up a massive new visitor market and the interest in the trial flights has been encouraging,” Mr Papalia said.

Education Minister Sue Ellery will now lead a delegation of representatives from TAFE colleges, universities and StudyPerth to Shanghai, where the group will promote WA’s role as an international education provider.

Ms Ellery said the new flights would aid international students considering studying in WA by making direct access for them and their families easier.

“The McGowan government is committed to further increasing the number of students who choose to study in Perth.

“We also want to deepen our already strong links with China.”

The state government has said that China is WA’s largest market for tourists in terms of visitor spend, with expenditure of $280 million in the state during the 2018-19 financial period.

Perth Airport has estimated that a regular service with China Eastern Airlines could bring an additional $40 million in visitor spend to WA.