Megara’s $60 million proposal for an apartment project in North Fremantle has been approved, despite it originally being rejected by the City of Fremantle. 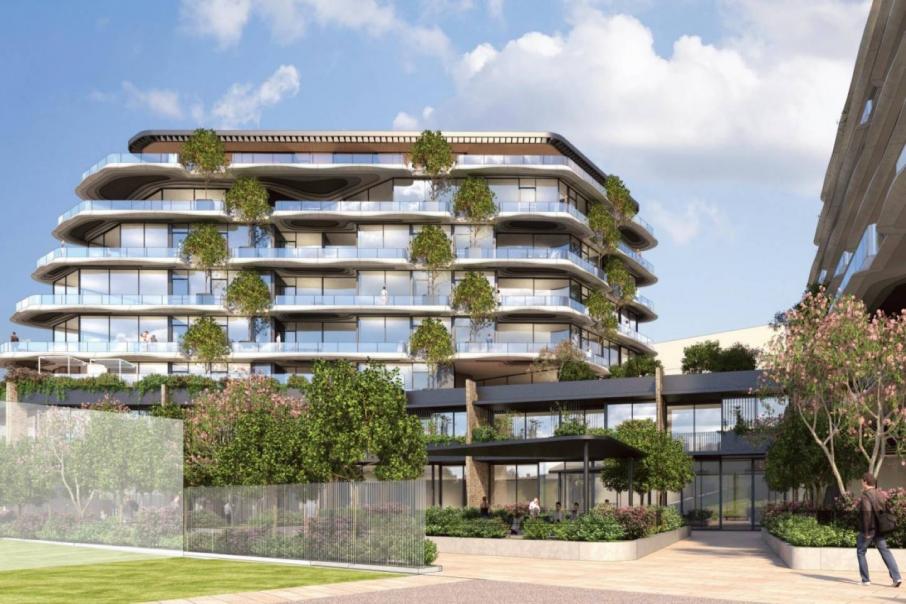 Megara’s $60 million proposal for an apartment project in North Fremantle has been approved, despite it originally being rejected by the City of Fremantle.

Designed by Hillam Architects, the $60 million project planned for 19-21 McCabe Street will feature 13 townhouses and 95 residential apartments across two eight-storey towers joined by a podium.

The City of Fremantle’s Responsible Authority Report (RAR) recommended the project be refused, however the Metro Inner-South Joint Development Assessment Panel cited design excellence, community benefit and landscaping, among other features, in its meeting earlier today as reasons for approval.

“We’re thrilled to receive an approval first time at JDAP and proud of the project team we assembled and the JDAP’s consideration of the exemplary design and community benefit proposed,” Megara development manager Trent Durward told Business News.

“We look forward to progressing our development to the next stage and contributing to the growth of North Fremantle.”

Mr Durward said the team expcted to bring the apartments to market early next year.

The development plans to also feature 100 bike bays, with 1,212sqm dedicated for community/public use space at ground level and a 314sqm tenancy to be taken up by a provedore.

The provedore and open space formed part of the project’s proposed community benefit; providing what it outlined was a ‘much-needed’ convenience store for the area offering locally-sourced produce.

Behind the proposed apartments, between McCabe Street and Riversea View, Mosman Park, is a nature reserve, which Megara plans to protect as native bushland amenity with nature-play structures accessible to the wider community. This area was noted as providing additional setback from the residents on Riversea View.

Landscaping consultation for the project was undertaken by Perth-based Aspect Studios.

The project also plans for a Maker’s Studio, which Megara’s plans said was an “on-site indoor and outdoor tinker space for the McCabe Street residents to get messy with their neighbours.”

The City of Fremantle RAR knocked back the project earlier this month, citing concerns over the development’s height and scale, which it said was inconsistent with planning policy and would be detrimental to the amenity of the area.

However, the 8,058sqm site – which abuts the boundary of the Town of Mosman Park - falls within a development zone that is yet to be governed by a structure plan, which makes ruling on residential density more complicated.

Megara and its project team appear to have successfully argued that the eight-storey buildings would not be out of context in relation to the development’s scale and character.

Megara is a multi-disciplinary project management and development company that has delivered more than $300 million worth of projects over the past 10 years, spanning commercial and residential property.

Recent projects include a seven-storey mixed-use development in Ardross, an eight-storey mixed-use project in Leederville and a mix of luxury marina dwellings on Maraboo Island at Port Coogee.