Debate continues over the best way to maximise returns from the state’s rapidly growing oil and gas sector. 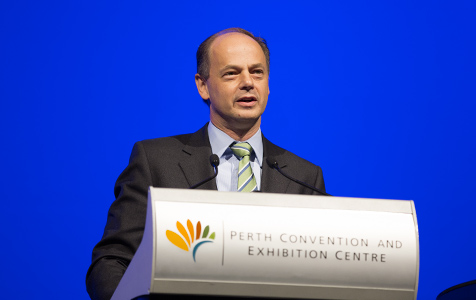 Debate continues over the best way to maximise returns from the state’s rapidly growing oil and gas sector.

The Australasian Oil & Gas conference stirred some lively discussions about the role of government in the industry’s growth, particularly around maximising opportunities for local suppliers and contractors.

One of the most entertaining presenters was Aberdeen-based Tom Smith, a senior energy adviser with PwC, who advocated the benefits of sector-wide collaboration.

Mr Smith said he used to be a cynic on collaboration but had shifted his thinking.

He believes some of the key initiatives in the UK include the establishment of a single industry body for operators and contractors.

Another initiative he highlighted was the Pilot share fair, an annual event he characterised as ‘commercial speed dating’ between operators and potential suppliers.

Mr Smith believes one of the most important lessons is that the industry needs to maintain a ‘$10 a barrel’ mindset – to operate as though the price of oil has collapsed and margins have been eroded.

Kvaerner Australia vice-president Jeanette Roberts addressed the Norwegian experience, which is often held up as a model from which Australia should learn.

Ms Roberts said her personal view was that Norway’s state-owned oil company, Statoil, had played a very big role in the industry’s success – a model that Australia has no chance of following.

She also noted that Norway had a history of seafaring yards that had been adapted to meet opportunities in the oil and gas sector.

Kongsberg chief executive Walter Qvam made the same point at the official opening of the company’s new Perth office, saying “traditional shipbuilding engineers and industry could be converted to oil and gas construction”.

Another factor he described as a political masterstroke was the use of very strong incentives, via acreage allocations and tax breaks, for foreign oil companies to engage with Norwegian industry.

Shell Australia chairman Andrew Smith had a different take on this topic, extolling the benefits of the company’s Prelude project, currently under construction in South Korea and other locations across Asia and the Middle East.

He said Prelude plotted a path to prosperity by using two keys to unlock a brighter future.

“The first key is innovation. The ability to look at a situation with a different perspective and offer a solution that hasn’t been used before,” Mr Smith said.

“The second is opening Australia up to higher levels of international collaboration. Taking advantage of what we do well and can achieve cost effectively, and working with our neighbours to achieve better results.”

The transfer of construction jobs to lower-cost and larger-scale fabrication yards across Asia is not new.

It has been happening on a succession of big project that employ modular construction techniques, though Prelude takes it to a new level.

The test will be Shell’s ability to maximise other opportunities.

And to what extent will Perth become a global centre of excellence in FLNG engineering?

That’s a catchphrase many people like to use, and it’s certainly a goal supported by the local universities, CSIRO and bodies such as the WA Energy Research Alliance.

Governments can help if they back ideas like the Oil & Gas Industry Innovation Precinct – a concept currently under review in Canberra.

But most important, Perth will maximise the opportunities only if that goal is embraced by operators such as Shell and engineers like Technip, which conducted most of the engineering work for Prelude in Paris and Kuala Lumpur.