Matrix Composites & Engineering said today that changing market conditions had resulted in production rates being below expectations and forced it to work with its lenders to ensure adequate funding. 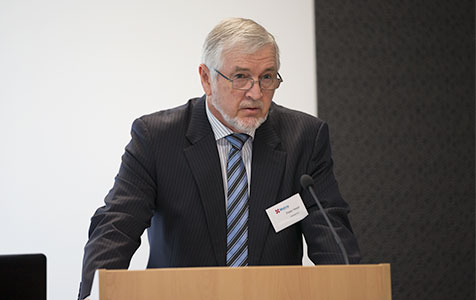 Matrix Composites & Engineering said today that changing market conditions had resulted in production rates being below expectations and forced it to work with its lenders to ensure adequate funding.

Mr Hood said a greater proportion of the company’s work was being done direct with shipyards rather than equipment manufacturers, requiring it to provide substantial bonding guarantees.

"Matrix expects that its cash reserves will be adversely impacted in the current half," Mr Hood said.

"Matrix is working with its lenders to ensure this increase in working capital is adequately funded."

Through its Henderson and Malaga locations, Matrix makes drilling and well construction products, riser buoyancy systems for the offshore oil and gas industry, and provides engineering services. Most of the company’s 350 employees are in Perth but it has staff in key export markets globally.

Managing director Aaron Begley outlined Matrix's strategy and outlook for this financial year, saying the company was focused on controlling costs and managing its working capital.

Mr Begley said Matrix was also committed to research and development, diversifying its product lines and revenue streams, and working the engineering sector into the manufacturing side to be able to offer clients a package of products and services.

He said because of "lumpy" variable demand for its drilling manufacturing, the company was also working on being more flexible with its production output and that this would be achieved by the change Matrix made earlier transitioning from three working shifts to two.

Mr Begley said Matrix's current order book was $86 million and that its production levels were slightly below target for the first quarter of this financial year due to some technically challenging projects.

He said first quarter earnings this year would be adversely affected by low production rates and low margin projects.

Despite this, he said the company had cause for cheer as the macro environment for Matrix was good, with the shale gas market ramping up in North America, and increasing global demand for its buoyancy and riser products.

When Mr Hood opened the AGM he said he was aware the financial performance of Matrix had not met the expectations of shareholders or the board.

In the past two years Matrix, which derives more than 75 per cent of its revenue from exports, has been challenged by a high Australian dollar, lower than anticipated sales, and teething problems with its $80 million manufacturing facility at Henderson, which also disrupted production output.

It recorded $7.5 million underlying earnings in the financial year ended June 2013, up from a loss of $13.2 million the previous financial year.

During the meeting, Mr Hood and director Paul Wright were re-elected with comfortable majorities and it was announced director Nigel Johnson would retire once a replacement candidate was found.

When the remuneration report was voted upon, one shareholder interrupted the proceedings to ask why Matrix's directors and senior managers had received increasing pay packets while shareholders hadn't seen any growth.

Mr Hood responded that the local environment required retaining good senior management so Matrix could continue operating in the face of high exchange rates, a shifting market and a competitive attack on margins.

"Despite what you've said, senior management in these conditions probably work a lot harder than they would under normal conditions," he said.

Mr Hood said this current financial year's bonus had been based on up to 10 key performance indicators, not all financial, including safety and setting up new divisions within budget.

"I think it's wrong to have them all financial ... you can get to the end of the year and have a poor financial result and still find that an executive, because of his performance against those KPIs, is eligible for some bonus and I think it's very unfair to take a 12-month period and say financially it was disastrous so we're not awarding anything. It doesn't allow you to demand high performance in the coming years.’’

Mr Hood said the board believed the operational aspects of Matrix had now been stabilised and was confident that, along with improving market demand, financial performance would improve this financial year.

"The Matrix investor base has been patient and supportive over the past year and the board looks forward to shareholders being rewarded for their faith and confidence in the future." 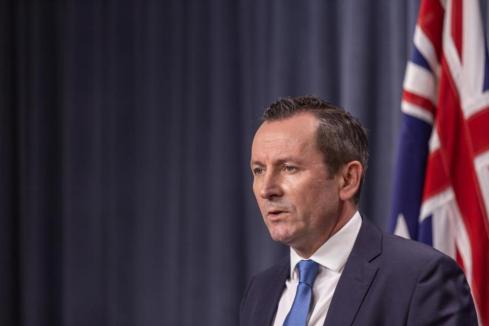 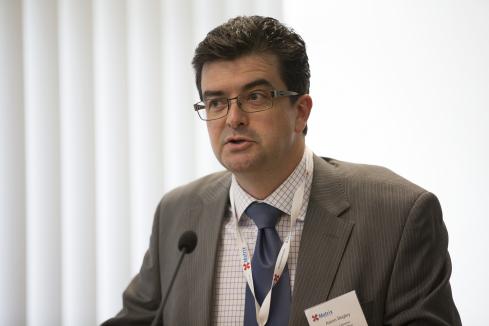 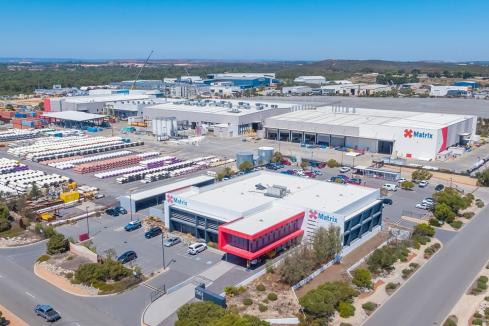