Faced with the task of diversifying its revenue streams amid a drop in construction activity, the Master Builders Association had to rethink how it could use the space at its regional centres. 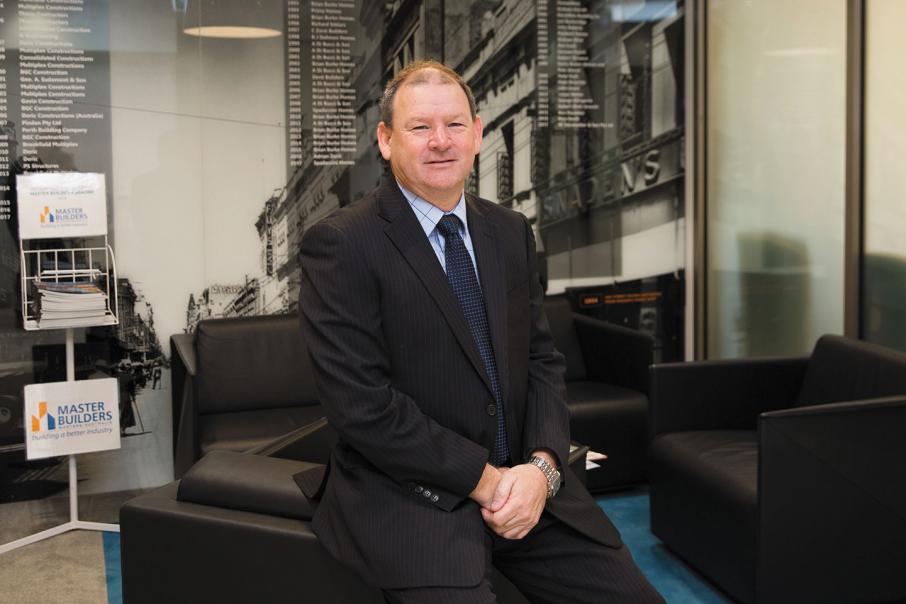 Faced with the task of diversifying its revenue streams amid a drop in construction activity, the Master Builders Association had to rethink how it could use the space at its regional centres.

By late 2015, Master Builders business director Graeme Dix began to notice an alarming trend – the association’s members, which includes builders, surveyors and architects, were pulling out their display areas from its regional centres in Bunbury, Albany and Geraldton, following the effects of the economic downturn.

“Businesses were increasingly leaving the regions, and a lot of that had to do with overhead costs,” Mr Dix told Business News.

“Our displays in the regions, where suppliers could display their plaques and built forms like kitchens, dropped off.

“We needed to diversify our income and look at other ways we could do business.”

Mr Dix said the idea to repurpose these areas into office spaces was first implemented in Bunbury late last year.

“We stumbled into the first tenancies quite quickly,” he said.

“We wanted to give a cheaper alternative for suppliers, sub-contractors and other businesses that were linked to construction so that they could maintain a presence in the regions and still stay within the industry.

“But it’s not just restricted to the building industry; we wanted to attract new businesses to the regions and increase local employment.

“It’s our hope that this increasingly popular big city way of operating will bring new skill sets into regional WA and foster new networks within each community.”

Mr Dix said the team started to transform its Albany premises a few months after its Bunbury base and, across both buildings, had signed a mix of tenants, including an engineering firm, building surveyor and accounting business.

The association’s Geraldton centre has just started to subdivide its space and has already received one inquiry from a mining company.

“Leasing an office or pod in a shared environment is a great way to enjoy the benefits of a large buzzing office, with minimal overhead costs,” Mr Dix said.

“For a mining company, if they are sending in a team for a short period of time, this gives them the ability and flexibility to access all the things you require from an office.

“We give businesses the flexibility to customise the space and leasing packages, and that, in what is a downturn market, has been our biggest asset.”

Mr Dix said Bunbury had leased all of its space with three businesses, and its bigger space in Albany currently housed 11 tenancies and discussions were under way with two more potential renters.

“It’s a great way for startups to test local markets and for more established businesses to expand without increasing their overheads dramatically,” he said.

“It gives them an instant network, not just within the shared space, but we also hold a lot of our own functions within those regional communities.

“Construction is the second highest employer in the state, so that helps other businesses also break into an industry they never had access to.”