The state government has announced plans to end the indoor mask mandate from Friday, following mounting pressure from the opposition and the state’s business community. 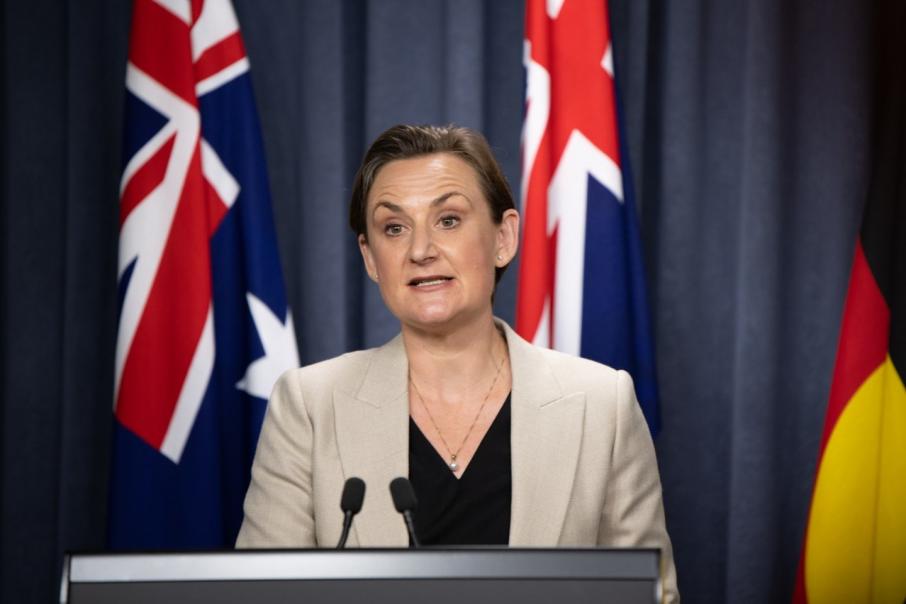 The state government has announced plans to end its three-month long indoor mask mandate from Friday, amid mounting pressure from the opposition and the state’s business community.

In a press conference this afternoon, Health Minister Amber-Jade Sanderson announced the state would return to baseline COVID health measures, with the removal of the remaining level one capacity restrictions for hospitality venues, major events and community sport and the removal of the indoor mask mandate from 12:01am Friday, April 29.

Masks, however, will still need to be worn by those aged 12 and over in healthcare facilities, aged care homes, airports, on public transport and in taxi and rideshare vehicles.

The state's border rules will also be eased, with the removal of the current G2G requirements and proof of vaccination for interstate travellers.

While workplace vaccine mandates will remain, they will be removed for entry to public venues and businesses.

Close contacts who are not symptomatic will not be required to isolate.

Ms Sanderson said the decision was made based on new health advice presented during this morning's meeting of the state's emergency management committee and was only made possible through the high vaccination rate.

"The vaccination mandates have been a pillar of success and helped to keep our community safe," she said.

"While there have been challenges and some families have lost loved ones, hospitalisations and ICU admissions have been lower than the modelling anticipated - and that's an extraordinary achievement.

“It’s time to get back to normal, to return to work, to return to school and community sport, but to be mindful of the vulnerable people within our community.”

“It is time for us to live with this disease.”

It also comes as the state’s third dose vaccination rate approaches 80 per cent for those aged 16 and over.

The move also comes just weeks after the opposition, the Chamber of Commerce and Industry WA and the Property Council’s WA branch called for an end to the mandate over concerns it was deterring people from returning to Perth’s CBD.

In supporting the calls, the state’s peak property industry body pointed to the latest Perth’s office occupancy data, which showed occupancy rates had plummeted and were sitting at just 55 per cent of pre-pandemic levels.

The announcement has been welcomed by industry groups this afternoon, with Property Council WA executive director Sandra Brewer saying it sent a strong message that it was safe to attend workplaces, hospitality venues, entertainment and retail options and support small businesses.

The property body intends to launch a new campaign to incentivise people to return to the CBD on the day the mandate is removed, an initiative backed by the City of Perth and the state government.

The Tourism Council WA echoed those sentiments, with chief executive Evan Hall saying the easing of restrictions would be a "huge" step forward for the tourism and events industries.

“Western Australia is now open for business and the tourism industry looks forward to welcoming back visitors,” he said.

“With sporting teams and entertainers able to confidently travel and perform in front of full stadiums, Western Australia can look forward to experiencing major events once again."

Australian Hotels Association (WA) chief executive Bradley Woods said the news was the best the state's hotel and hospitality venues had heard in two years, but warned the critical task of recovery remained.

He called for the state to consider an incentive scheme to stimulate spending, reinvigorate hospitality venues and encourage patrons to get "out and about".

“There is significant hesitancy in the community to return to work or visit hospitality venues, which is having a serious impact on the viability of many businesses, particularly in Perth’s CBD," he said.

WA Health confirmed a man in his 80s with COVID-19 had died in the past 24 hours.

There are now 249 COVID-positive patients in hospitals, 11 of whom are being treated in ICU.

The new infections bring the total number of active cases across the state to 44,305.

Today's case numbers represent a jump on the 5,639 new cases recorded yesterday and the 6,085 recorded on Sunday.