Marvin a force for change

From basketball to rugby, Nick Marvin has worked for two of the state’s wealthiest businessmen on their sporting projects. 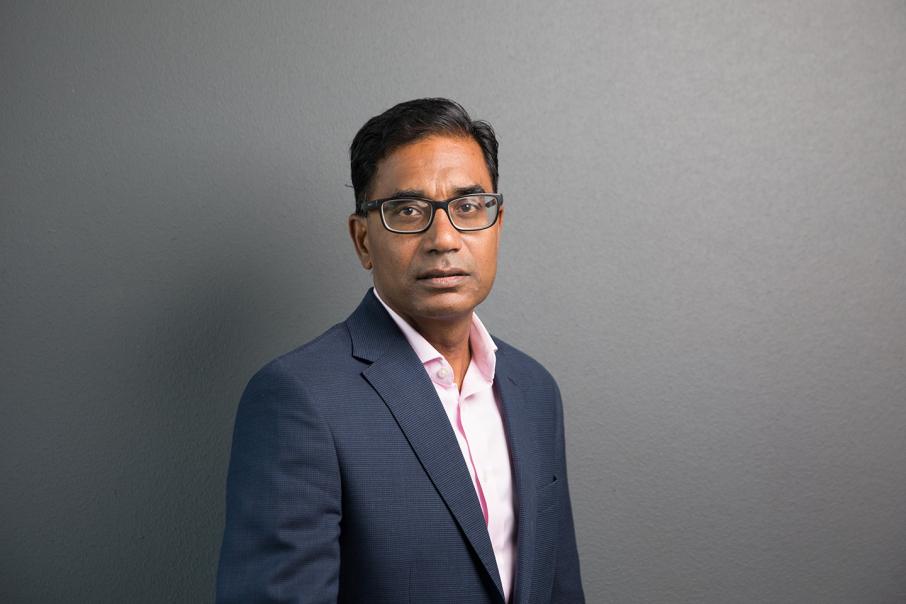 Nick Marvin says he has used an outside perspective to his advantage. Photo: Attila Csaszar

For an admitted sports outsider, Nick Marvin has managed to place himself in the middle of some of the biggest commercial plays in Western Australian sport.

His latest career move is chief executive of the Western Force rugby club, a position in which he finds himself working in close proximity to mining magnate Andrew Forrest.

It’s a long way from his younger days, when he had a brief stint as a journalist, during which time he won Rolling Stone magazine’s national writing award in 1991 for a piece on Australian guitarist Tommy Emmanuel.

He moved into management consulting and, after two years in Perth, met US-born businessman Jack Bendat.

Within a week of Mr Bendat buying the Perth Wildcats in 2007, he had brought on Mr Marvin to help run the organisation.

Mr Marvin became managing director soon after and steered the club through its most successful era, which included four championships and consecutive annual profits, success that was aided by the move to Perth Arena.

Now, more than a decade after he started at the Wildcats, Mr Marvin finds his new role presents challenges with which he has a strong degree of familiarity.

This time it’s Mr Forrest who is calling on Mr Marvin to help resurrect a sport at the crossroads.

Having worked with Mr Bendat and now with Mr Forrest, Mr Marvin draws parallels between two of the state’s richest men.

“Successful people always have big, audacious goals and it’s just so enjoyable to be around them; I think that it stretches your ability,” Mr Marvin told Business News.

“People like Jack and Andrew are successful because they have those big, audacious goals and they bring people along for that journey to achieve it.”

Mr Marvin said Mr Forrest’s passion was what had drawn him to the Force.

“He has this ability to treat everyone like family and he has the brotherhood of saying ‘yeah I’m funding this but I’ve got my shoulder to the wheel on every project’,” he said.

Mr Marvin considers himself an outsider when it comes to sport, something he has used to his advantage.

“I still believe it is a great benefit, to be a stranger in the room and have an outsider’s perspective and it’s helped me along the way,” he said.

Mr Marvin reflects positively on where he has landed.

“Perth is a very beautiful place to end up in for a child who had no running water,” he said of his early years in India.

“To come out of that lifestyle and end up here is a dream.”

When he arrived at the Wildcats, Mr Marvin considered basketball a dying sport.

“I’ve always been the outsider in my life here, and when I arrived to basketball I looked at it from an outside perspective,” he said.

“My perspective was, ‘I don’t know anything about basketball, I don’t want to be here, what do I do with this product to make it so that I want to be here?

“So the first thing we tried to do was to make the game entertaining.”

Mr Marvin said the club went about implementing three major changes – improving the culture, improving the entertainment element, and sending the players out into the community.

“I think those three things helped transform the way we ran basketball, not just in Perth, but nationally, and it’s changed the fabric of the game,” he said.

“Coming into rugby, my initial thoughts are that the sport needs to change in so many ways,” Mr Marvin told Business News.

“In life as in sport, if you stay in the status quo you are going backwards, and I think rugby has been that way.

“The empirical evidence says the sport is declining at all levels, participation, performance, attendances and the imagination.”

Mr Marvin is now helping launch World Series Rugby, a new competition being bankrolled by Mr Forrest in response to the Western Force being ousted from the Super Rugby competition last year.

The aim is to establish an international rugby tournament focused on the Asia Pacific region, with six to eight teams, including the Western Force, competing in a home and away season.

This year will feature a seven-match series, with the Force set to play sides from Tonga, Samoa and Hong Kong, among others.

The biggest hurdle for the WSR is gaining approval from Rugby Australia, but Mr Marvin is hopeful new RA chief executive Raelene Castle will bring a fresh perspective and give the tournament the green light.

He said it would take three years to have a fully-fledged competition up and running.

“We hope to have some movement this year, but next year and the year after are key,” Mr Marvin said

“It’s a three-year plan, I think by the time we get to year three we should be able to see some transformational change.

“It is the entire public that is not attending a rugby game that needs to be won over.”

Mr Marvin said bringing entertainment to rugby fans was one of the major challenges the sport faced.

“In my previous life we copied everything that was good about indoor entertainment and we packaged it into a basketball game,” he said.

“In this current life, it’s how do you do that in an outdoor game where you have the weather and a much bigger screen to deal with.

“We are going to make mistakes but our focus is, how do you provide entertainment on a field that is so big and still keep 20,000 people engaged?

“So it’s a massive challenge and I don’t think anyone has it right at the moment, and our goal is to figure it out over the next three years.”

Mr Marvin was instrumental in the privatisation of the National Basketball League in 2013 and said it was time for a privatised rugby competition.

“If you have enough checks and balances put in, it is actually a good model,” he said

“In some ways it is a segue into what we’re doing here – I definitely think that now is the time for privatising a rugby competition.

“I see some tremendous similarities and that is why I’m confident Andrew has the right vision because I truly believe that someone must stand up for the sport.”