Mines and Petroleum Minister Bill Marmion is confident the state is set for further long-term growth as an energy exporter and a hub for industry knowledge. 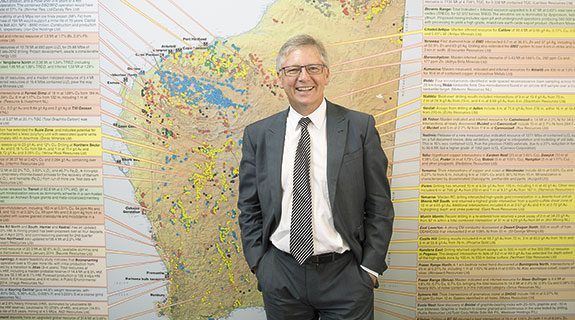 Mines and Petroleum Minister Bill Marmion is confident the state is set for further long-term growth as an energy exporter and a hub for industry knowledge.

“Underlying long-term market conditions remain robust, and the state is well-positioned to attract a new wave of investment in the resources sector,” Mr Marmion said.

While acknowledging emerging competition across the global energy market, particularly from North America, he said it was possible those developments would sell into the European market.

“The US has been very successful in its coal seam and shale gas industry in the past five or six years,” Mr Marmion said.

“They’ve gone from an importer of gas to getting towards being an exporter.”

North America is one area that has successfully competed with WA for capital in recent years.

But Mr Marmion said WA had a couple of key advantages in the export market, among them its proximity to Asia, where demand was expected to increase significantly in coming decades.

“We are fortunate to be well placed geographically, with Japan, China and hopefully with the emerging market in India,” he said.

Another major factor was investor certainty, Mr Marmion said, with WA increasingly recognised as a world leader for its regulation of the resources industry.

He said a stable regulatory environment was a key driver of capital-intensive energy investment, due to most projects’ long lifespan.

Similarly, approvals need to be transparent and timely.

“We try to get normal approvals turned around, 80-90 per cent done within 30 days,” Mr Marmion said.

He said streamlining of the approvals process currently under way would save the sector more than $30 million per year.

Another test for the state government will be to continue effective cooperation with the Commonwealth on approvals.

One such change is the elimination of double approvals for projects through one-stop-shop policies, which have been recently been promoted by the federal government.

Mr Howard-Smith also called on the federal government to look at labour market reform, with the CME having made submissions to the Productivity Commission’s workplace relations review.