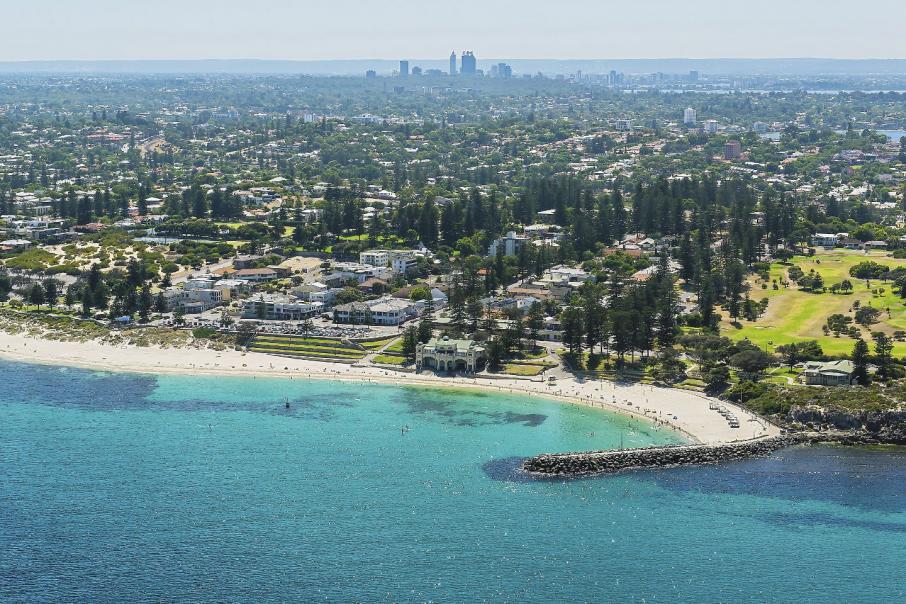 A shortage of hotel rooms was historically the most significant obstacle Western Australia’s tourism sector faced in its efforts to attract more visitors.

As recently as 2010, developers blamed high construction costs for a shortage of hotel rooms in Perth, while at the same time the resources sector was gobbling up just about every lodging available, effectively locking out leisure tourists.

With an unprecedented wave of hotel development driving big opportunities to grow the state’s tourism sector, the hurdle now is getting visitors here.

Part of that has been driven by the state government’s 2011 initiative to provide developers incentives to develop hotels on Crown land.

And while not all of the projects will come to fruition, there are more than $3 billion worth of new hotels in the development pipeline in Perth, promising to deliver nearly 4,000 rooms.

Those proposals include a veritable who’s who of international hoteliers – Intercontinental is busy redeveloping the former Rydges Hotel on Hay Street, while Hilton has plans to introduce three of its DoubleTree by Hilton hotels to the Perth market.

Another big international group driving Perth’s hotels boom is Marriott, which recently wrapped up a $US13 billion merger with Starwood Hotels & Resorts Worldwide.

Hotels under construction as part of the Marriott stable of brands include the Ritz-Carlton and The Westin, while plans are also in motion to build a Courtyard by Marriott on Wellington Street, and a 42-storey Sheraton hotel has been proposed to replace the New Esplanade Hotel near Elizabeth Quay.

Marriott will also introduce its Aloft brand to Australia through Perth, when its 224-room hotel in Rivervale opens in late May.

However, the hotels boom comes at a time when demand is moderating in Perth.

No longer does the resources sector drive occupancy rates of around 90 per cent. Instead, Perth hotels operated at around 80 per cent capacity in 2016, according to the latest tourism outlook report by Deloitte Access Economics.

Room rates have also come down significantly, with the latest data from Hotels.com showing a 12 per cent reduction on the average amount paid for a hotel room in Perth in 2016 compared with the previous year.

“Opening hotels in economies where perhaps they have not been as strong as they have been in recent years is not a negative, it’s just a cyclical period,” Mr Morahan told Business News.

“So from Marriott’s view, I think you’ll see continued growth in Perth.”

Mr Morahan said Marriott’s ambition to add a suite of hotels to its only property in Perth – the Four Points by Sheraton near Perth Arena – would increase the exposure of WA in many international markets.

“Because of the strength of the loyalty programs, it will really highlight Perth to those markets and to people who perhaps didn’t see it before,” Mr Morahan said.

Tourism WA chief executive Gwyn Dolphin said along with hotels, the agency’s focus during the past three years had been adding new air routes.

Mr Dolphin said Qantas’s direct Perth-London flights and a potential direct link to Japan would be the key to a shifting strategy for Tourism WA, which would now focus on increasing demand.

But Mr Dolphin said that wasn’t necessarily a simple proposition, especially when attempting to convince visitors from other states that a trip west was a better option than a quick flight to a Pacific island.

“Awareness of change is the biggest issue,” he said.

“We do suffer from that tyranny of distance, and every time I go and talk to industry or tour operators over east about what we have here, first of all they are dubious, but then when they do come, they are actually pretty blown away.

“We are investing more in the domestic market than we have ever invested before – Sydney and Melbourne are the two key markets.

“Then there is the Qantas London direct service; it’s not just the London element – it will also play a role in people coming from the east coast and making a stopover on their way to Europe.”

Tourism WA’s marketing strategy, including the ‘Just another day in WA’ campaign, Mr Dolphin said, was evolving to tailor experiences for particular markets.

“It’s a complete change in what we are doing to cut through to the eastern states audience, because it’s a challenging market and there is far more competition now than there was in the years when we weren’t as open for business.

“With the stadium coming, we will put a special emphasis on AFL tourism, not just for people to experience the game but for them to come and experience the city, stay longer and do more.”

But the biggest change in the international arena, he said, would be driving awareness of Perth.

“A lot of what we did in the past from a marketing perspective was awareness of WA, and a lot of that awareness was regionally driven, because of that issue of price and availability of rooms in the city,” Mr Dolphin said.

“What’s changed is Perth is a far more complete offering for a visitor, and in some ways our Asian visitors especially are still looking for a city-based experience.

“We can offer a more sophisticated city, better food, restaurants, a better range of hotels, but at the same time the relative ease of getting to wineries in the Swan Valley or the Pinnacles day tours or Margaret River.”

Seashells Hospitality Group managing director Paul King, who was also chairman of Tourism Council WA for five years and won the 2015 Sir David Brand medal for tourism, said he still believed there needed to be a bigger shift in WA’s tourism strategy – opening up the state’s north.

Mr King said while Perth could act as a gateway to WA, Broome Airport had the potential to become the north-west gateway to Australia.

“For the moment, we’ve only got one international gateway, so we have to spend the money to get them to Perth,” Mr King told Business News.

“Logic would suggest that in time we need to look at how we can capture that very large population base in China, and get them coming through the north-west.

“Low-cost carriers could all be flying into Broome and we could be dispersing people into Australia on very cheap airfares.”

In the absence of a Broome upgrade, Mr King said more funds were needed to showcase Perth to new audiences.

“It does have something to market now. We’re no longer a dull city, we’ll have great events in big stadiums, we have Elizabeth Quay, there are cultural tours, there’s walking tours, there are Segways, there is a lot going on here that we didn’t have five years ago,” he said.

“We can be proud of the fact that we’ve now become a truly international experience city for anybody at any age.”