ANALYSIS: An $A record gold price has the sector abuzz, while the sharp correction in iron ore prices will expose the looming reliance on WA’s vast deposits of low-grade ore. 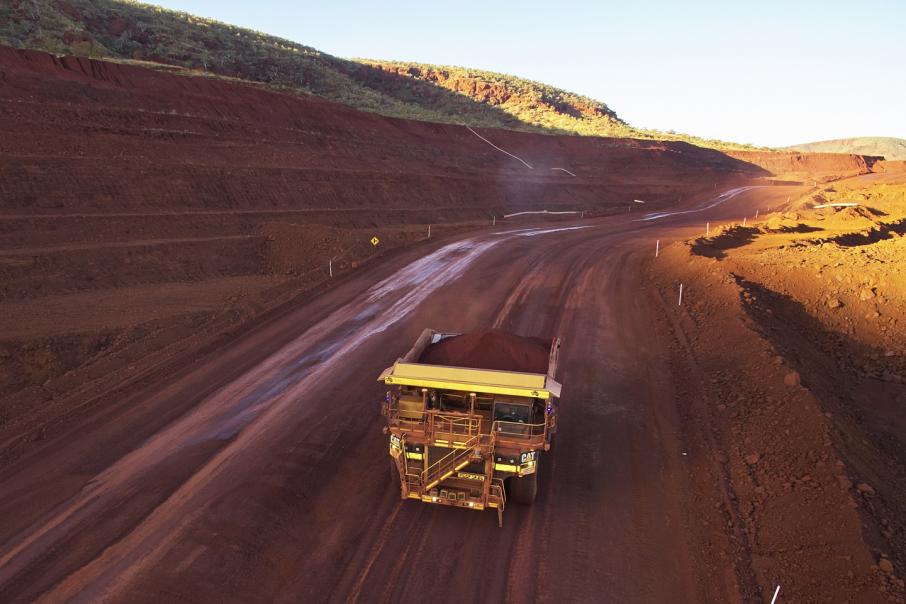 ANALYSIS: An $A record gold price has the sector abuzz, while the sharp correction in iron ore prices will expose the looming reliance on WA’s vast deposits of low-grade ore.

Gold dominated news from Western Australia’s mining sector last week with the annual Diggers and Dealers conference held in Kalgoorlie, but there are other and perhaps more important issues simmering in the background – including the return of an iron ore problem.

The reason for gold’s easy win in terms of news flow and investment chatter is the record price reached in Australian dollars and indications that the US dollar gold price could also be heading for a record.

What’s got investors rushing for a slice of gold action, to the point of appearing to dramatically overpay for the top producers, is the prospect of the Australian price soaring as high as $2,500/oz, which is where it gets to if the exchange rate stays low and the US gold price keeps rising.

The next few weeks promise to be quite exciting for investors in goldmining stocks because either the gold price goes up to justify their sky-high valuations, or share prices come back to earth, with some of the leaders looking at price falls of between 33 per cent and 50 per cent, a suggestion no-one in Kalgoorlie wanted to hear last week.

Great for the state
Iron ore is entering what the Chinese like to call ‘interesting times’, because not only is the price of the steel-making mineral correcting sharply after this year’s spectacular increase courtesy of accidents in Brazil, the local leaders in WA are struggling.

Both BHP and Rio Tinto have suffered multiple mine and port management issues, which have crimped their ability to fully capitalise on the free kick of prices higher than $US100 a tonne – considering every forecast before Brazil cut exports suggested a fair price of $US65/t.

That Brazilian free kick has made iron ore miners look good when perhaps they really shouldn’t, because there are things going wrong at an operational level that suggest mismanagement at several points.

Some of the issues to have hit the Pilbara iron ore miners were unavoidable, such as the cyclones that closed ports, but others were very much avoidable.

Among these in the latter basket is Rio Tinto’s discovery that it had botched its mine scheduling, forcing it to mine more low-grade ore than planned.

Because of the high price, the scheduling issue was washed away in a sea of cash, which enabled Rio Tinto to report a high half-year profit and pay a generous dividend – but it could have been better if management had been more careful.

The scheduling issue, which essentially means not having pits ready for mining when they should be, has stirred an issue the miners would prefer to not discuss, namely the unstoppable decline of WA’s high-grade ore reserves and an increasing reliance on the vast deposits of low-grade ore.

What’s needed is so obvious that it’s actually hiding in plain sight; there needs to be investment in iron ore upgrading plants that convert the low-grade ore into material of greater value – a process that could add decades to WA’s iron ore industry.

Past attempts at value-adding by BHP and Rio Tinto have failed, first with efforts at making iron-ore pellets in the 1970s and then with a pair of slick technologies, Hismelt in the case of Rio Tinto and Hot Briquetted Iron (HBI) in the case of BHP.

Probably the last thing management at BHP and Rio Tinto want to hear is a suggestion that they need to re-visit the value-adding obligations that were part of their original agreements with the WA government.

In return for access to iron ore reserves, which are actually owned by the state and not the companies doing the mining, BHP and Rio Tinto agreed to try and find a way to monetise the low-grade ore rather than simply extract the best (but geologically limited) material.

There’s no doubt that BHP and Rio Tinto have tried, and failed. And there’s also no doubt that Chinese companies Sino Iron and Ansteel are trying with their processing facilities that convert the lowest-of-low-grade ore, magnetite, into an exportable product.

Profits have proved elusive for Sino and Ansteel, but at least they’re persevering with the value-added process.

Given that iron ore profits are close to an all-time high, it might be time for the WA government to suggest that it would be in the state’s interest for another attempt by BHP and Rio Tinto to convert the low-grade ore they control into a more valuable product.

The adventures of Wesfarmers in seeking an entry point into the business of providing raw materials for batteries and electric vehicles could have earned it a speaker’s spot at Diggers and Dealers, though there might be more to talk about at next year’s event.

As matters currently stand, the Wesfarmers takeover bid for emerging lithium producer Kidman Resources is moving through the scheme of arrangement process with the recent registration of the ludicrously lengthy 322-page scheme booklet.

Once the legal process is complete, Wesfarmers and its Chilean partner in the lithium, SQM, can get on with the development of the Mt Holland mine and a processing facility at Kwinana – assuming the lithium price hasn’t fallen too far.

But it’s the other Wesfarmers deal that is starting to drift back into sight – the proposed acquisition of rare earth producer Lynas Corporation.

Seemingly knocked out of the game by a sharp rise in Lynas’s share price to $3.16 in late May, the Wesfarmers offer of $2.25 a share is looking interesting as Lynas shares slide back to around $2.54, which is still too high for Wesfarmers to succeed but moving in the right direction.