When the big players start exiting a sector it’s a fair bet things are on the slide; and so it is with with the Lowy family’s decision to quit its retail trust. 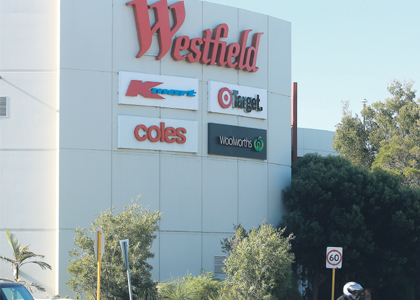 STEP BACK: The Lowy family’s decision to quit the Westfield Retail Trust has lower their exposure to shopping centres worldwide, including Karrinyup, Whitford City, Carousel and Innaloo (pictured) in Perth. Photo: Bohdan Warchomij

When the big players start exiting a sector it’s a fair bet things are on the slide; and so it is with with the Lowy family’s decision to quit its retail trust.

APART from jewellery shops there’s not a lot to connect gold and the value of retail property, but three events, or factors, provide a link that ought to worry every shop owner in Australia.

The most recent development was the decision of the Lowy family to quit one of the businesses it founded, the Westfield Retail Trust, for $664 million, which is a handsome pile of petty cash even for the country’s third richest man, Frank Lowy, who has a fortune estimated at $6.47 billion.

The second connection relates to a view of the gold market by Australia’s 167th richest man, Mark Creasy, who made his $250 million fortune from the well-timed sale of gold assets, but who is also a deep thinker when it comes to why the price of gold rises and falls.

And the third factor is the internet, which continues to whittle away at traditional retail margins

Mr Creasy’s explanation is that the driving force behind gold is the activity of the biggest owners - the world’s central banks.

When the banks are adding to their vast pile of 31,597 tonnes of gold, the price of the metal goes up simply because they have the power to affect the forces of supply and demand in the market. When the banks sell, which they did in the 1990s, the gold price falls.

The Lowy family is not as powerful in the property market as central banks are in the gold market, but the symbolism is identical. Through the multi-layered Westfield group of companies, including the Westfield Retail Trust, the Lowys’ actions as the country’s biggest private landlords send a powerful signal that will influence the market.

Mr Creasy’s advice on gold-price movements, added to the Lowy family’s sellout of the retail trust it created, delivers a message that no investor can ignore - the retail property market is in deep trouble.

What the Lowys have done in quitting their Westfield Retail Trust is deliver a loud vote of no confidence in retail investment, a point emphasised by their willingness to exit at a discounted price of $3.09 a unit for their bulk sale when the market price was $3.18.

It’s the discount as much as the wholesale dumping of shares in the trust that indicates a desire to cut exposure to a company that owns 47 shopping centres around the world, including Karrinyup, Whitford City, Carousel and Innaloo in Perth.

But, as if to emphasise just how clever the family is when it comes to investing, the Lowys have retained their controlling stake in Westfield Group, which provides management services to the retail trust.

In other words, there will be an ongoing cash stream from fees but not direct exposure to the arm of the family firm that owns the shopping

centres, and which is at the coal face of where the retail world is doing battle with the third factor at play -the internet.

In recent years, stories in this column have banged on about the power of the internet and how it is shaping much of what we do at work and in our private lives; with one of the most powerful example being shopping habits.

It’s a fair bet that all readers today have been affected by internet shopping and the convenience of home delivered merchandise to some degree, whether it’s electronic music or books that have killed music and book shops, or bulky items such as clothing and food.

The trend, as an old investment adage goes, is an investor’s friend, though in the case of retail property the internet shopping trend is most definitely not a friend of shop owners; and the Lowys have just voted with their feet and taken $664 million off the retail property table for investing elsewhere.

What happens after the Lowy retail exit will be fascinating because one of the reported reasons for their decision is that rent reviews in some of the Westfield centres have delivered the lowest increases for a decade at just 2.5 per cent, which is roughly in line with inflation or, zero real growth.

If the company that owns the biggest and best shopping centres in Australia is worried about the flow of rental income, and the internet continues to carve off its slice of daily sales, the issue comes down to who suffers most; and the answer to that question is shop owners and landlords on the fringe.

Westfield Retail Trust, even without the Lowy family as direct investors, will survive because its centres are magnets for shoppers. Smaller shopping centres and suburban shopping strips will be hit hardest as the great shopper migration towards the internet gathers pace.

What BHP Billiton and Rio Tinto have effectively said is that they’re going to indulge in a year, or two, of navel gazing, debt reduction and higher dividend payments to frustrated shareholders.

In other words, the gusher of funds that has underpinned the Australian resources boom is changing direction, with money going out rather than coming in.

It is, of course, not as simple as that.

Funds will continue to flow for commercially viable resources developments, but as with the retail example mentioned earlier, it is the trend that investors will be watching; and if the flow of fresh capital into Australia starts to decline there will be increased pressure on the currency, much to the delight of exporters, but at a cost to shoppers who have grown used to cheap imported goods and long overseas holidays.

AS a final thought on trends, it might be wise to keep an eye on Germany’s rush into green power, which is showing signs of becoming the disaster some people have been predicting.

Last week, even the green-leaning BBC in London joined the chorus of concern about the real cost of closing nuclear power and coal-fired power stations and hoping the ener-giewende (wind energy) revolution would fill the gap.

Perhaps wind energy will do the trick, but at what price and who pays is the question causing consternation across the country with consumers saying ‘not me’, and the government saying it can’t tap taxpayers for more cash.

In time, of course, something has got to give.

“Every revolution evaporates and leaves behind the slime of a new bureaucracy.”