A correction is surely coming as the stock market moves further out of touch with the real economy. 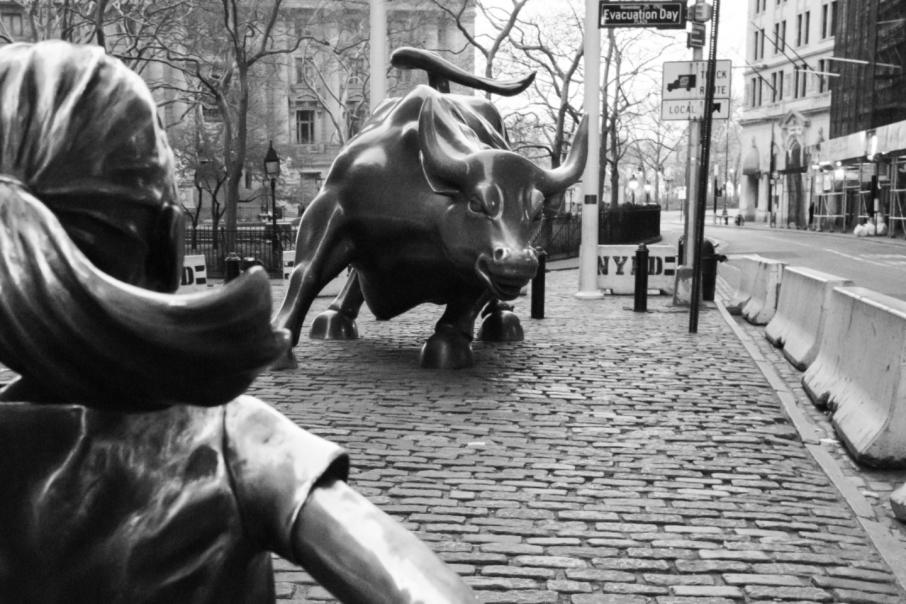 As the Americans like to say, Wall Street has disengaged from Main Street. Photo: Lloyd Blunk

Australia, and Western Australia in particular, are fortunate to have escaped the worst of the COVID-19 pandemic.

The same can’t be said for the rest of the world, however, especially the US, and it’s in that nation that trouble is brewing.

The problem is not political, as it has been for the past few months while swap-ping presidents; this time it’s economic and can be seen in the remarkable disconnect between the stock market and underlying business conditions.

In a nutshell, the stock market is booming but the real economy is not.

Put another way, and using an American expression, Wall Street has disengaged from Main Street, and that’s a recipe for something we’ve seen repeatedly in the US: a sharp correction and perhaps a crash.

If that happens – and it is probably more a case of when that happens given the tendency for US markets to regularly get too far ahead of reality – then the shockwaves will wash over Australia, as they always do.

Decoupling of Wall Street and Main Street is invariably followed by a loud wake-up call in the form of a 10 per cent (and more) fall in key indices such as the Dow Jones or the tech-heavy Nasdaq Composite.

Powered by a rush into technology stocks such as Google, Facebook, Tesla and Twitter, the Nasdaq has more than doubled over the past 10 months, even as the US economy has struggled.

One explanation for the stampede is that investors are confident of a surge in global growth after the pandemic passes, and as government stimulus spending in the US and Europe follows the lead set by China.

This future release of pent-up demand is a valid reason for investors to be optimistic.

But there are other reasons to remain cautious, especially about the ultra-low interest rates and excess liquidity in the system, which is boosting the appeal of the stock market and funding the activity of speculators trading via newly created mobile trading systems such as Robinhood.

Whatever the explanation for the excess of optimism evident in US financial markets, there have been some truly loopy recent developments, with none more extreme than a boom in the share prices of unprofitable companies.

If it was just a handful of stocks with high share prices and no profits to support what investors have being paying, then it wouldn’t mean much.

Australia has a few pandemic-hit companies, such as Qantas Airways, which is unprofitable today but is expected to roar back once COVID-19 inoculations take effect and travel restrictions are lifted.

But in the US, the list of high-priced but loss-making companies has even led investment bank Goldman Sachs to construct an index of unprofitable businesses that includes reasonably well-known names such as Snap, Uber, Spotify and Lyft.

What’s even more amazing for a traditional investor to grasp is that since last March, as lockdowns have lured the day-trader crowd into financial markets (because there’s nothing else to do), the Goldman Sachs Non-Profitable Technology Index has risen by 379 per cent from 82 points to 393 points.

Some members of the unprofitable index might have a bright future as new technologies catch on, such as hydrogen fuel cell developers and electric car makers.

The challenge for investors is that they’re being asked to take a punt on a future that might take a long time to arrive and, in many cases, never will.

Investment commentator John Mauldin latched onto the worrying theme of “irrational exuberance” in his latest newsletter, which also drew attention to the work of another investment bank, Citi.

Essentially, the euphoria/panic index is a measure of optimism versus pessimism. Worryingly, it is currently way above the dot.com bubble of 1999, which ended in a big bust.

Mr Mauldin is not alone in airing doubts about the future direction of the US stock market, quoting legendary funds manager Jeremy Grantham who described the cur-rent market settings as: “One of the most significant and gripping events of my life” (the other events were the Japanese market crash of 1989, the dot.com bubble and the 2008 sub-prime crisis).

Mr Grantham told clients in his news-letter that the real economy in the US was “wounded”.

“Today the price/earnings ratio of the market (a measure of share prices divided by earnings per share) is in the top few percent of the historical range and the economy is in the worst few percent,” he wrote.

However, the best description of the current bubble was this: “This time, more than in any previous bubble, investors are relying on accommodative monetary conditions and zero real interest rates extrapolated indefinitely.”

That is a brilliant way of describing stock market values that are absolute nonsense, because governments cannot print money forever without destroying its value and interest rates cannot remain near zero indefinitely.

In time, and no-one knows when, reality will dawn and a correction (perhaps a crash) will trigger a resetting of values to more logical levels.

And while it will initially be a US event, it will flow into the Australian market.

One of the local beneficiaries of Australia dodging the worst of the COVID-19 pandemic is our currency, with the Aussie dollar rising strongly as other currencies have been falling.

Flattering as it is for Australia to have a currency that is rising in value, the trend will not be welcomed by every industry, nor by frustrated Australians stuck at home and unable to enjoy the spending boost of a strong currency in popular tourist destinations.

While there are multiple factors at work in currency values, Sydney-based investment firm Wilson Advisory says mining and energy companies, two of WA’s specialties, are winners from a strong Aussie dollar, because a rising dollar is generally the sign of higher commodity prices.

There is a problem, however, when it comes to converting US dollar income into Australian dollars, which is why Macquarie Bank says foreign exchange trends are a headwind for miners.

It’s a shame the cocoa growers of Ivory Coast (Republic of Côte d’Ivoire) in Africa didn’t learn the lesson of Australia’s wool price crash of 1991, when a price-fixing scheme that tried to provide a guaranteed return for farmers unwound spectacularly.

Two years ago, the cocoa producers, who feed the world’s addiction to chocolate, demanded higher prices from manufacturers such as Nestle and Hershey.

Predictably, the scheme failed, leaving cocoa growing families more impoverished than before as the price plunged from $US3,100 a tonne to $US1,800/t.

If there’s any good news in the fall it might mean cheaper chocolate for consumers, but I’ll believe that when it happens.