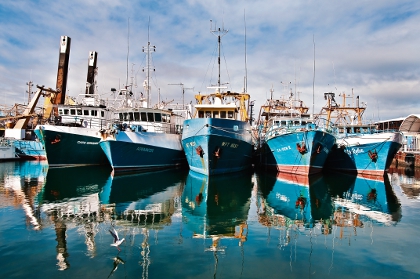 Western Australia’s commercial fishing industry will be one of the big losers from the federal government’s creation of 44 marine parks around the country, whereas the oil and gas industry is likely to continue largely unaffected, even near Margaret River.

Environment Minister Tony Burke announced the final plan this morning, including marine reserves in the Coral Sea and off the south-west coast near Margaret River.

The new reserves will cover 3.1 million square kilometres, or a third of Australian waters, limiting commercial fishing and some oil and gas exploration.

Notably, through, the reserve off the coast of Margaret River includes an exclusion zone where oil & gas drilling can continue.

“The north-west has less marine parks due to oil & gas, the government doesn’t want to curtail that industry.

“Future growth of the fishing industry will be constrained by the closure of large areas offshore…which have strong potential to supply Western Australia’s growing population through new fisheries even with cautious environmental management”, Mr Leyland said.

“Australia is acknowledged worldwide as having excellent sustainability measures, we’re not threatening any fish stocks.

“The big winners out of this initiative will be foreign fisheries that will fill the void of lost productions through imports.”

Minister for Fisheries Norman Moore seconded that opinion, stating: “it will push the community’s demand for fresh fish to imports from questionably managed overseas fisheries”.

Mr Moore said the commercial fishing in West Australia is valued at $500 million and 6000 people depend on it.

Australian Conservation Foundation chief executive Don Henry said that although the new marine parks would make Australia a global leader in ocean protection, the northwest region had been left vulnerable to the threats of oil and gas exploration.

The Australian Greens said the government had caved in to the oil and gas industry by leaving off critically important areas near Ningaloo, Pilbara and the Kimberley in WA.

Mr Burke told reporters the plan would "turn a corner" on ocean protection.

"This is the biggest step forward the globe has ever seen," he said.

"We have decided to become the world leader in ocean protection."

A 60-day consultation process will not be about shifting lines on maps but whether the proposal proceeds, Mr Burke said.

The "jewel in the crown" would be protection for the Coral Sea, off Australia’s north-east coast, which would become the largest marine protected area in the world when combined with the Great Barrier Reef.

"Australia is a good manager of its fisheries but that doesn't mean we can't go a step further," he said.

Earlier, Prime Minister Julia Gillard said the great Australian tradition of "dropping a line" in the sea wouldn't be threatened.

"People will still be able to go and take their young son fishing," she told ABC Radio, adding the plan would affect about one per cent of current commercial fishing activity.

But the Australian Marine Alliance, which represents commercial and recreational fishers, says 70 trawlers will go out of business.

"This is devastating and those that will suffer most will be coastal communities," chief executive Dean Logan told ABC Television.

Commercial fishers will have access to a $100 million compensation package.

"We've got an adjustment policy where we will work case by case with the different companies involved," Mr Burke said.

WAFIC expressed concern over the compensation package stating that the time between application and assistance for the Great Barrier Reef structural adjustment package was over 3 years for most fisheries.

“The Commonwealth has made no provision for the cost of policing these new marine parks.”

Veteran Nationals senator Ron Boswell says the opposition will fight the plan at every step.

Mr Burke countered by saying: "He's opposed to any level of marine protection".

It is expected that the final marine reserves will be declared before the end of 2012.