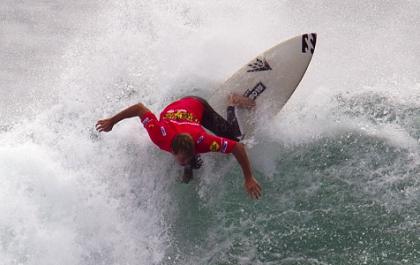 The announcement has been welcomed as a major boost for tourism in WA as the World Championship Tour status guarantees that the top 32 ranked male and 18 ranked female surfers will compete in Margaret River.

“Elevation to WCT status will bring Margaret River in line with 10 of the top surfing locations in the world, including Hawaii’s Banzai Pipeline and Teahupoo in Tahiti,” Dr Hames said.

The state government supported Surfing WA’s bid for WCT status through Eventscorp, with an additional $4 million in funding from the Royalties for Regions regional events program.

The upgraded status of the event also means the competition will run over a 12-day window, an increase from the current seven.

Surfing WA CEO Mark Lane said the announcement was an exciting change for surfing on both an international and local level.

“This is an exciting time for Margaret River,” Burrow said.

“The waves in the region are world class and to bring the WCT-level surfers here is going to be big for the region. I’m sure all the kids out West will be excited to see the world’s best surfers in their backyard.”